My incredibly big, thrilling, news is that I wrote a novel and it’s getting published. I’ve tried to think of ways to write those words, ways that don’t sound like I’m announcing that I just got a puppy, made the cheerleading team, or won the state science fair (none of these things have ever happened to me), but I fail – because there is something so childish, so wide-eyed about the way I feel right now.
I tried explaining it to some of my middle school students who are impressed by both everything and nothing at all. I told them that it’s so important to do what you love, even if you can’t do it full-time, even if you have to take breaks (loooong breaks), even if you feel like you’re doing it into a black hole, only for yourself and that nobody will ever know you spent hours doing it. Then I started crying and they all shifted in their seats uncomfortably and we moved on to something else, probably run-on sentences.
M always jokes that no matter what is going on, I will always make time for reading and running and while that’s kind of true, I’m not necessarily proud of the things I’ve ignored:
My desk is a hot mess. It’s always something of a mess, and I prefer it that way, but there are piles of things I’ve ignored while I’ve written this book, things that have now stood up on their hind feet and begged for my attention.
First among them is blogging, which doesn’t take up physical space on my desk, but which I’ve had to put aside to make room for characters and plot and dialogue. I’ve missed it. I’ve missed you.
Second among them is thank you notes. Not my thank you notes, but thank you notes for a certain bar mitzvah boy. I took a look at the handful he’d written and they looked like a serial killer had broken into my home and written on his stationary. A serial killer with some significant small motor skill issues. When I first saw those notes, several months ago, I thought, I cannot send those cards out. People will start for feel sorry for me. And then I promptly forgot about them.
There is also a pile of papers onto which I stuck a post-it note, with the words – kids medical. I have no idea what is in this pile. We should all live and be well because it’s possible I’ve let our insurance lapse.
There are corners of this house into which I’ve shoved piles of things I promised myself I’d look at later. There are recipes I clipped which I may as well just throw out.
There are returns I’ll never make of clothes I should never have bought. (It seems that during a particularly tough writing patch I developed a thing for metallic pleated skirts. I don’t know when pleats returned, and I have no idea who decided that pleats + metallics was a good idea,  but if any of you want one,  I apparently have about 14.) 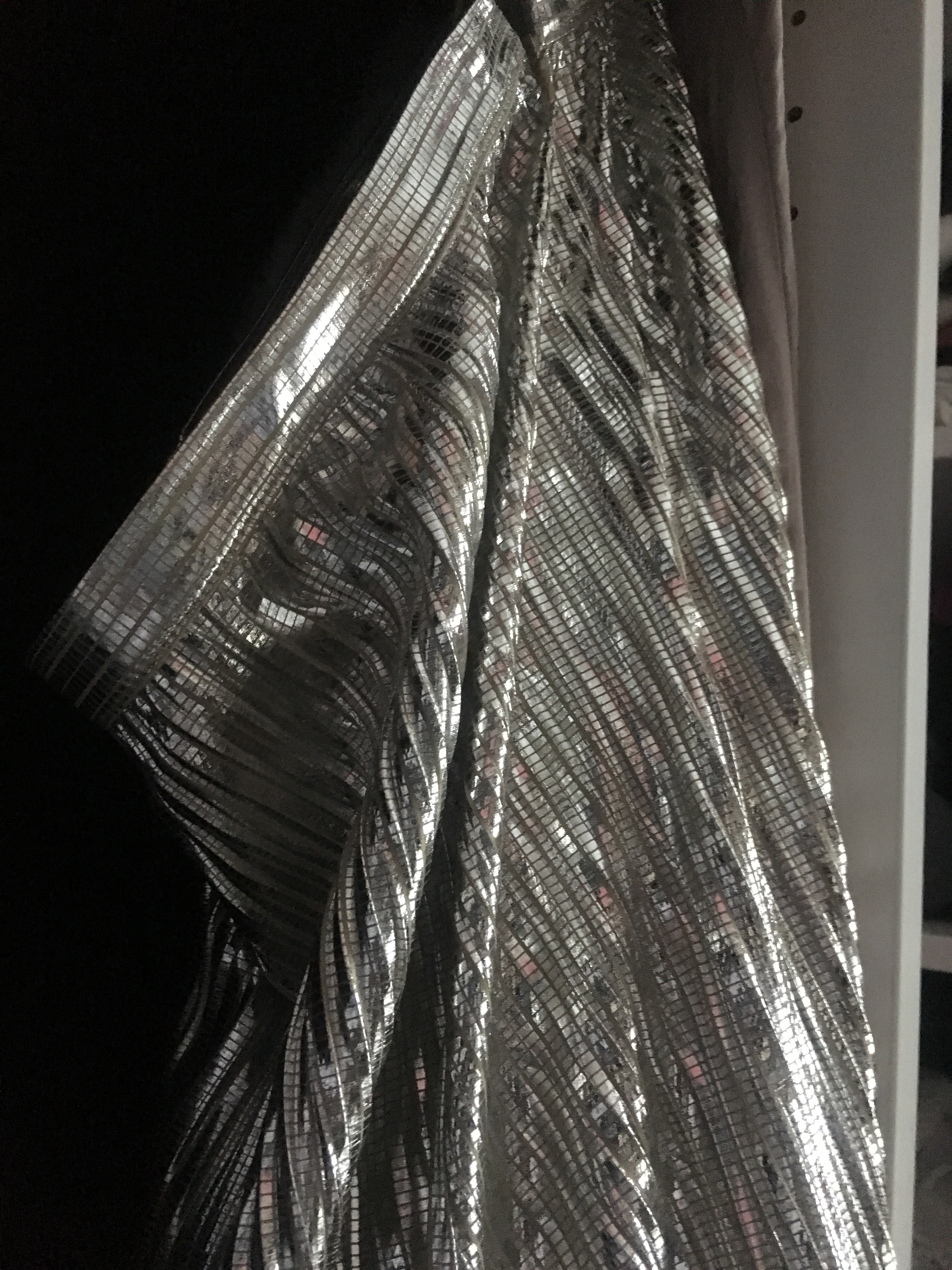 We can all only do so much. I am returning to the blogging world, and because I now have quite a bit of editing to do, and thoughts of another story swimming in my head, that’s all I have time for.
The metallic skirts are first come, first serve but I guess those Ted Bundy thank you notes will just have to wait.