Brisket in the Rain

Because the kitchen renovation has me making toast in one room, coffee in another, and eggs in a third, this is where I plug in the crockpot. 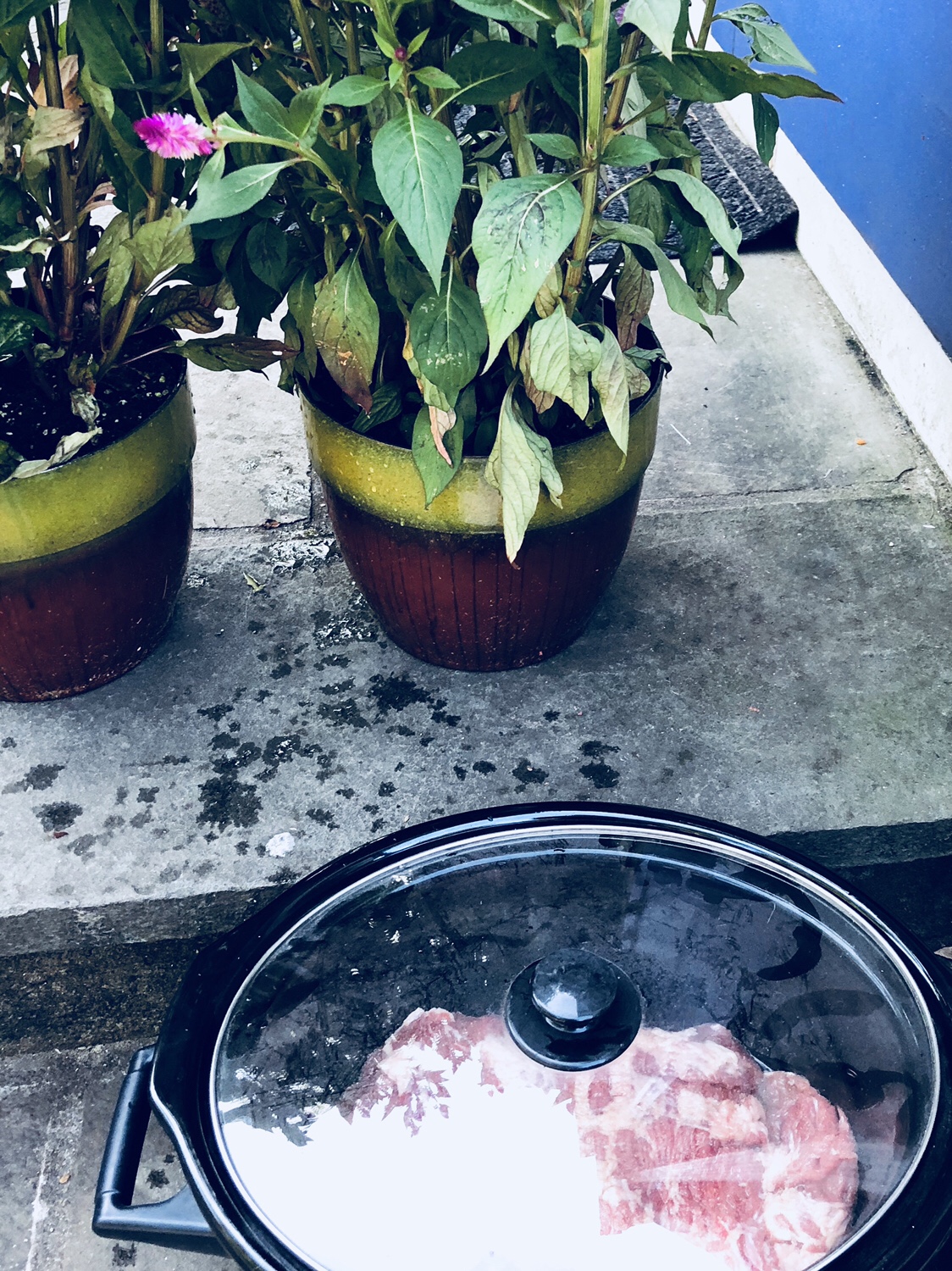 Outside. On our back steps.
Several hours after I plugged it in, M came home for a meeting with the contractor, architect and engineer and sends out a message to our family Snapchat group (hush, now): RAIN!
Even though Weatherbug showed zero chance of precipitation, it was pouring.
I immediately sent him a hysterical tweet: BRISKET IN YARD. PLEASE CHECK THE BRISKET!!!!
Turns out, the meat was fine — or so I’m told. Also turns out brisket is even better when it’s cooked outside — who knew? It was quite an operation getting it back into the kitchen, or at least I made it look that way. I made a big show of it as I passed by the team of men in whose hands the fate of my kitchen rests, huffing and puffing as I walked through.
Now I just have to wash the crockpot out in the downstairs toilet.