Where have you gone Mrs…. Frisby?

We’ve been reading Mrs. Frisby and the Rats of NIMH. It’s not a book I ever read as a child, but lately I’ve been having a hard time coming up with books that don’t get booed by page two. The boys may piss and moan ever so slightly about the pacing (I don’t know if there is a fight scene coming, but I’ve been letting them think that an epic war is about to happen). I try to point out the beautiful language and the slow building of characters, but I tend to go overboard and inevitably get something thrown at my head. It seems I may never learn.
Still, even when they complain, it’s clear the book sinks in.
Like when Francie came down with strep this weekend (nothing says welcome to town like a trip to urgent care) and she lay wan and lifeless on the coach.
“Just like Timothy (Frisby),” says Bennett.
Exactement.
Life continued to imitate art when we discovered our very own furry friend living in the basement. We called the exterminator (who wants $600 in cash because we are tenants. Is that even kosher?) and plugged in these… 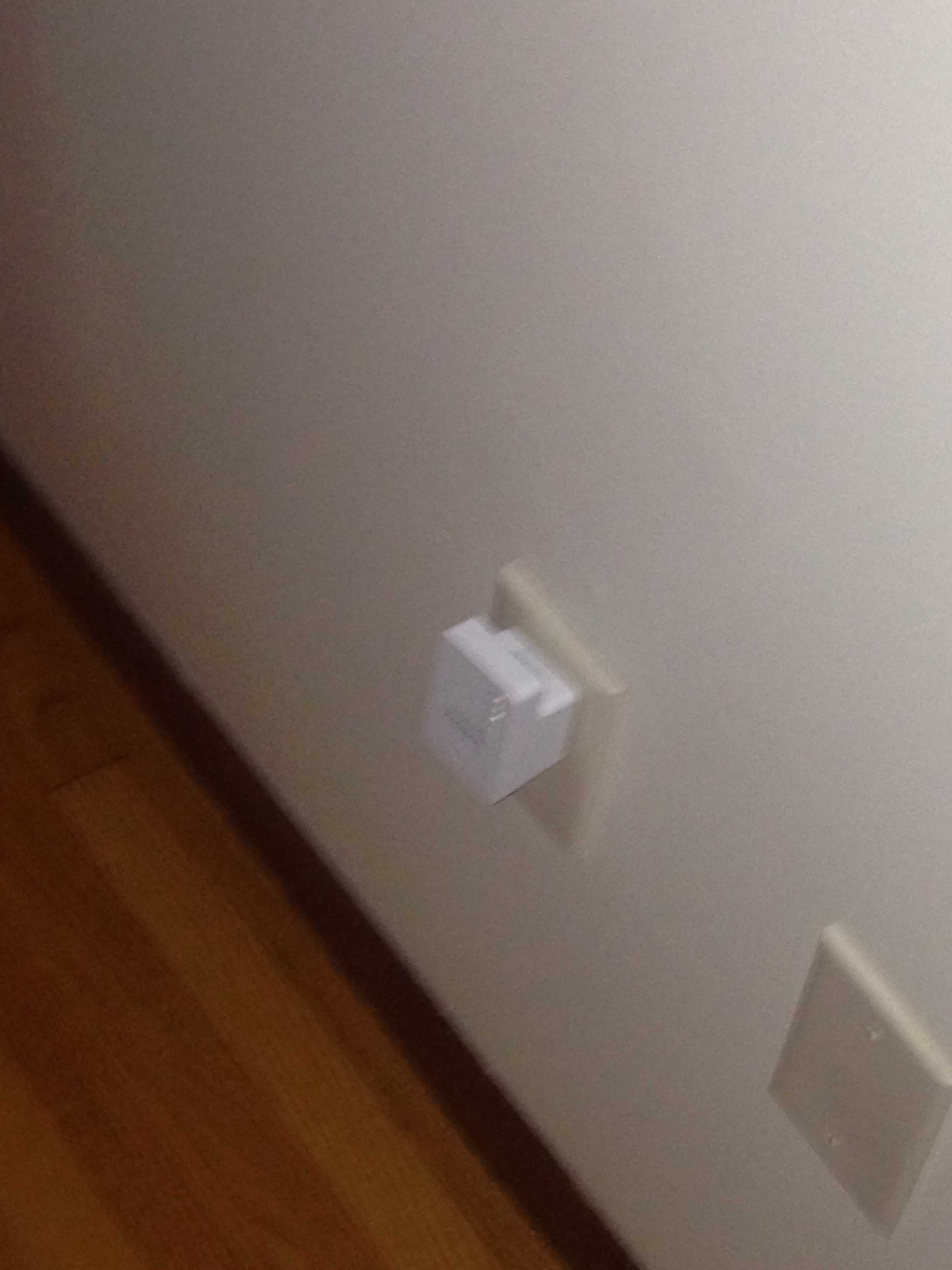 ..which will apparently make a noise that the mouse dislikes so much that she will be forced to bugger off. I would have thought that the constant din of whining in this house was enough to scare off anything, but perhaps it’s just me that wants to bugger off when I hear it.
Bennett wanted to know how I could oversee the extermination of “our very own Mrs. Frisby” and still live with myself. What if she has a sick child? What if she’s on her way to her winter home now that the temperature has dipped below 80?
Sorry, Charlie. Someone told me recently that even though our house is one giant bug farm, we won’t be official New Yorkers until we’ve seen a rodent. Well done, and done. Now that I’m official I can honestly say that I don’t care if that bloody mouse has an entire village depending on her for its survival, most likely because that entire village is probably living under the fridge. I don’t know what happens at the end of NIMH, but in this novel, Mrs. Frisby goes down.
** M has informed me that the picture of the plug-in is not one of the mouse-scarers but is rather something entirely different, having to do with the Internet. We have mouse-scarers, but this is not one of them. (Please note strong grasp of technical terms.) He is horrified. Not because I erred; that is commonplace. He is sure tech savvy readers will think he too thought he was scaring away mice with that Internet thingamajig. The editor apologizes, and assures him the mistake was all hers.