I think a lot about Armistice Day on Veteran’s Day. If I had to pick a war to read about, I’d easily pick the First, the one that didn’t really end anything at all. I can’t imagine what the world was like on November 11, 1918, with what seemed like an entire generation of boys suddenly missing.
Because I like to read the odd military history, and especially love wartime novels, I can get a bit dramatic when injury actually strikes.
Last night, after having recovered from the stomach flu, and then having to nurse others through it, and also having lost my cool with the boys after they did something stupid but not worthy of the wrath I rained down on them, I sliced my elbow when it came down on a kitchen glass.
This is a (now broken) relative of the glass: 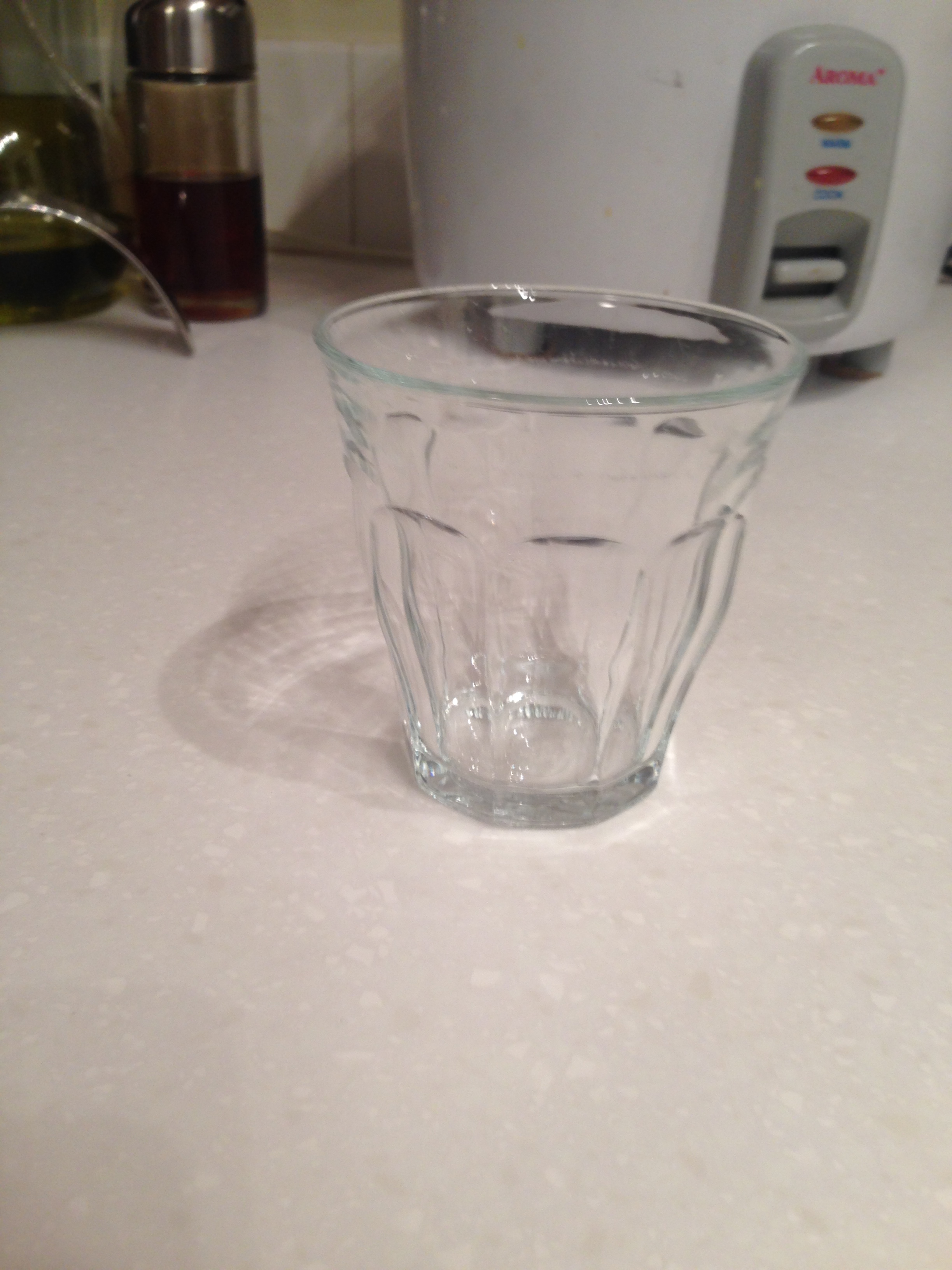 My arm hurt like hell, so I throw off my coat and saw that the entire right arm of my sweatshirt was covered in blood, as was the shirt underneath it. At the sight of all that blood, I start to shiver.
So this is it, I think. This is how I’m going to go. On an effing Wednesday night in my house, wearing dumpy sweats, and having yelled like a fool at the kids. I look at M and I think of all the things I want to tell him before I go.
Later, I spoke to E., a dear friend and pediatrician (if we were royal, she’d easily be the court physician), who informed me that nobody dies from a lacerated elbow.
But I wasn’t having any of it last night. I immediately grow cold and begin to shiver more. Must be septicemia, I think. (I know it’s awful and dark, but really the very sound of it evokes poetry.) This is how the boys felt on the fields of France. I look for somewhere to lie down. I don’t want my final scene to be on crappy linoleum, so I move to wood floors.
Another pediatrician and friend, and really something of a guardian angel, came over and drove me to the ER (M was still suffering from the stomach flu, and was in no shape to go anywhere), where a plastic surgeon she knew sewed me up. (I am thankfully only ever in hospitals for babies. M takes the kids to the ER when they lacerate and break things. It was odd being there un-pregnant. I felt like I ought to just go ahead and squeeze one out while I was there. I also felt like asking the plastic surgeon if he could fix a few other things while I was on the table, but I thought.. better not to. On both counts.)
And then I thought more of Veterans Day. I know I joke about writing from the “trenches of parenthood”, but really this is nothing. There are people dying all the time in real trenches, in real wars. There are men and woman holding together families, dealing with stomach flus and stitches, while their spouses are on the other side of the planet for stretches that make the odd business trip look like a trip to the gym. They have to be brave while I get to be dramatic and silly and reenact Verdun on my kitchen floor.