Two hundred and one.

I had big plans for my two hundredth blog post. Each time I post, Word Press congratulates me and tells me what number post I’d just completed. For 200 I was going to bask in some gratitude and thank you all for reading and sharing the posts, and maybe even ask you to share them with one new reader…something like that. Instead, I got caught up in the hullabaloo of “the necklace.” Many of you demanded to see a picture, so I complied. As soon as I posted the picture of the vagina necklace, Word Press shouted out: “Congratulations! You just posted your 200th post!”
Oh crap. I felt like the idiot in all those genie jokes who wastes his three wishes and then accidentally wishes to turn into a pile of shit. There goes my 200th. Now I’ll have to wait until 300. Ninety nine to go.
The vagina business got quite a bit of traction. Some agreed with me about the necklace; others did not. Many found the need to share other things that look like vaginas. According to some of you, there are quite a few people walking around with faces like vaginas. I won’t share names. Oh, and there’s a Godiva chocolate that looks like one.
I myself spotted a V today while at the park. 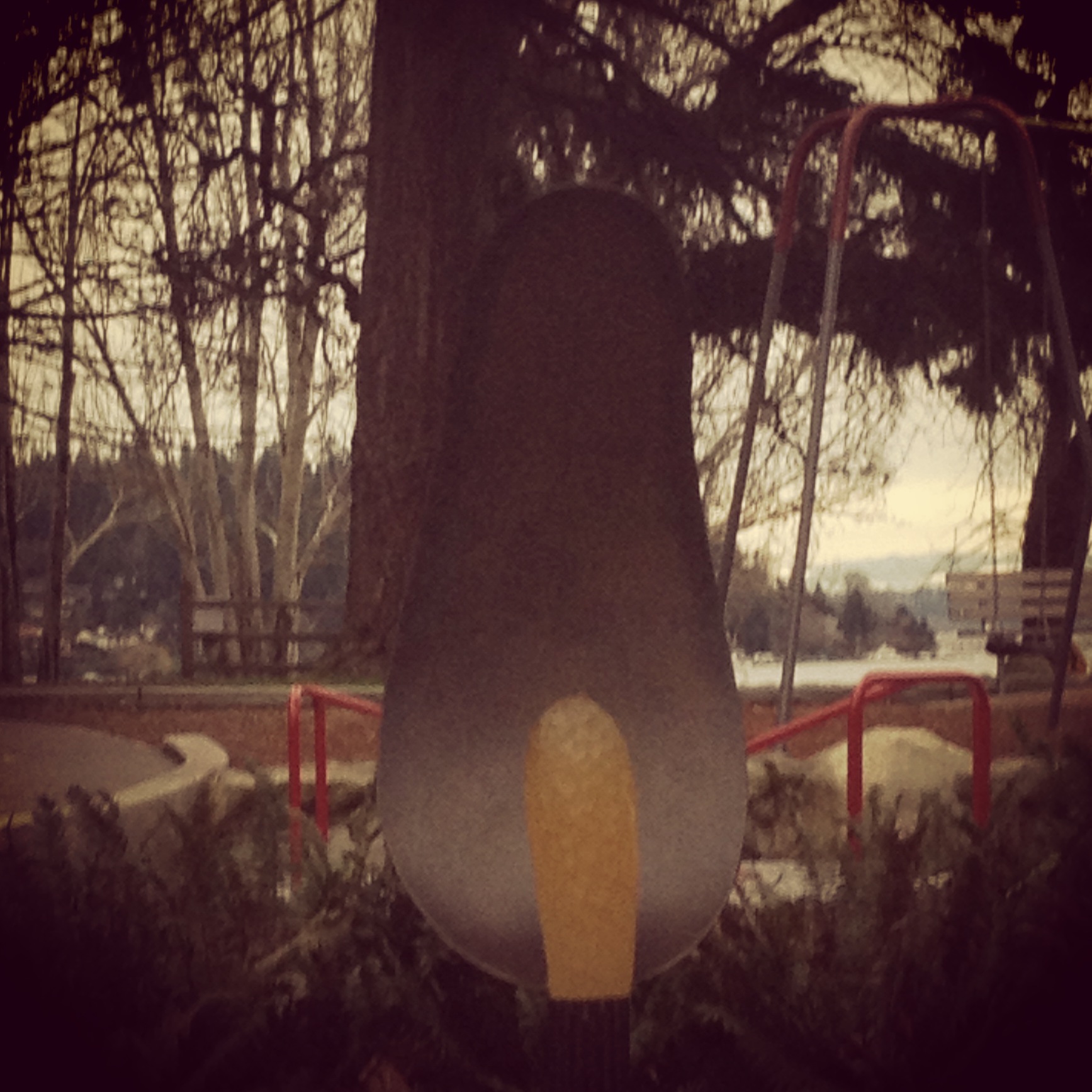 M thinks I have gone all Sixth Sense on him, because now I see vaginas everywhere, but who can argue with this one? I mean really…
As for the necklace, I tried my hardest to wear it yesterday. Really I did, but it looked all wrong. And I was terrified that some jerk would look at me and say, “Nice vagina.” So I think I may have to return it and just cherish the memories. I still have the story even if I don’ t have the necklace.