I must have brought the underwhelming, underperforming snow with me from Seattle.
All day long we were barraged with reports of coming blizzard that would shut the city down tomorrow. Sidney’s preschool was cancelled before her morning was over. The other kids had school cancelled before the first flakes fell. (Long Island is set to bear the brunt of the storm. I’d make a snarky comment here, but I’m technically bridge and tunnel now, so I really don’t have grounds for snark.)
To be fair, it has snowed. Somewhat. 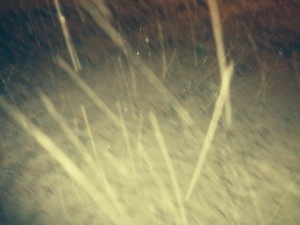 It just hasn’t snowed anywhere near enough to shut down this city, and it certainly hasn’t snowed enough (yet) to warrant a snow day. (Though this does beat Seattle’s snowless snow days.)
Still, in anticipation of a house full of perpetually hungry children on a constant snack-troll, I made some cookies. (Snow days are no way to begin a New Year’s health plunge. Nobody wants to snuggle up with a celery juice, not even me.)
My mixer is a constant reminder of both my dislike of baking and of my ability to kill any appliance that enters my kitchen. 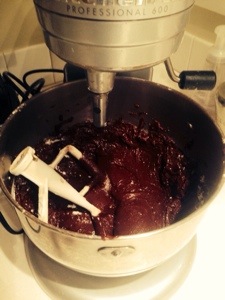 I have to switch it on and then whack it with my fist to get it whirring. If I desire a higher speed, I need to whack it again. Even though it appears to have 8 settings, it only has those two speeds. Sometimes I need to unplug it to shut it off. I’ve been known to shout at it, but that’s never gotten me anywhere. It seems I cannot even get an appliance to be subordinate.
I’m going to sleep now. I’ll need my wits about me tomorrow, what with all those children and that errant mixer.