Skulls in the Garden.

On my constant quest to uncover the wonders of nature right here in NYC, I have encouraged the kids to go out and forage for new discoveries.
Over the weekend the boys ran into the house, screaming: “There are mushrooms the size of human heads in the backyard!”
I assumed they were exaggerating, as they tend to (where DO they get that?)… But later that day I walked outside to find this: 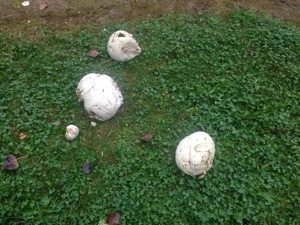 Here they are, human head-sized giant shrooms. For scale, here they are with a (ok, junior) basketball: 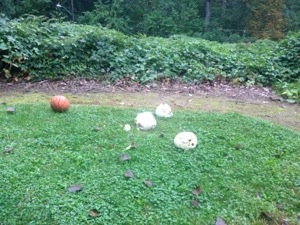 Gross, right?
Bennett took his nature quest one step further. While he was glued to the couch watching a football game, he set up a squirrel trap.
(Because nothing says NYC nature like the trapping of a rodent.) 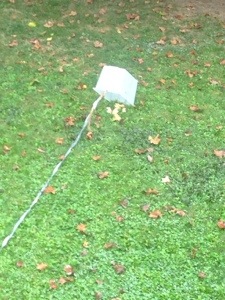