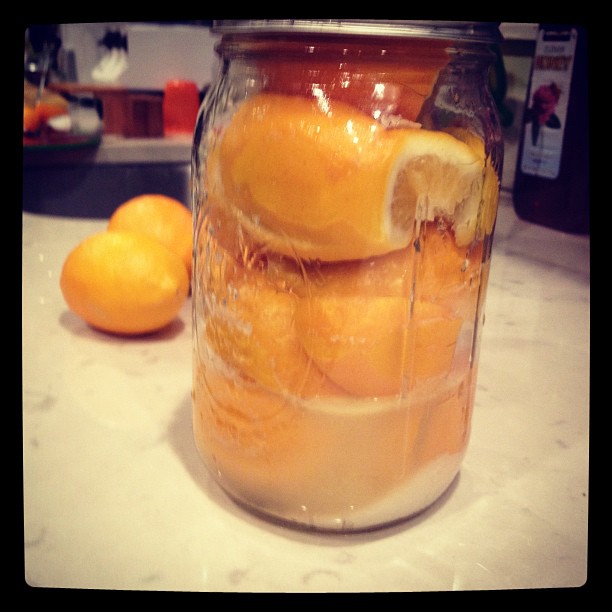 Jewish new year is next week and I’m so big on resolutions I’m going to commit to some now, and then again in December, when I’ve botched these ones royally. I’m thrilled to have two bites at the resolution apple.
1. BAKE LESS: This week I felt like a superhero when I baked blueberry muffins before work. A sad, wan looking carton of berries sat in the fridge and I knew I had to use them or lose them. So, I whipped up a batch using the muffin recipe I’ve been using for years from my battered copy of Joy of Cooking. And then I forgot to spray the pan, so I went from superhero to ginormous loser in 12 minutes flat. Which is why I ought to bake less. I’m no good at it, I don’t enjoy it much, and usually it leaves me feeling hollow: either I mess up and leave out an ingredient (often the eggs, I have no idea why), or because I succeed and the sheer predictability of the outcome bores me. Adieu baking.
2. BRING THE LIST: Ok, if you’re not in the mood for mundane, skip this. But although I am a happy maker of shopping lists, unless I make them on my phone, they never make it to the supermarket with me. Which leaves me wandering the aisles of the store trying to remember what I wrote. Or just buying everything I see in the hopes that something I bought is actually on the list.
3. DO NOT HAVE A BABY: Less mundane, perhaps. But when Sidney turns 2 next month it will be the first time I have a two year old and am not about to burst with child, or nursing a tiny baby. I have blocked Facebook friends who insist on posting cute baby pics (those with ugly babies I can handle) and am steering clear of newborns in general. I am convinced that if I can make it to January, the urge will pass and I’ll be in the clear. Stay tuned.
4. Stop losing at SCRABBLE by more than 100 points.
5. FLUSHING: No lavender-scented-plug-in in the world can do battle with the smell of a giant turd that’s been festering in the bowl for 12 hours. I taught them to read, I’ll be damned if I can’t teach those buggers to flush.
6. Avoid YENTAS: There are mean girls everywhere, but nobody is more vicious than a town gossip.
7. Stop THROWING things to make a point: I tried to give up yelling, but no-yelling is so 5772. At this point I’d be happy just to stop throwing toys around to demonstrate to the kids what an enormous mess they’ve made, knowing that I’ve just given myself more to clean up. I’d also like to stop throwing books they refuse to read and food they won’t eat.
8. Make peace with the fact that my girls’ hair is only going to get better than mine.
9. Stop hating on SEATTLE. Alright, nine out of ten ain’t bad.
10. I’d like to learn how to speak Spanish, how to preserve lemons, and how to swim a mile in open water, but for now I’d be really, really happy if I could learn how to stand in front of three stacks of coffee-cup lids and just know which one fits my cup. It would be nice not to make a fool of myself by trying all three, until I finally get the right one and getting subsequently scowled at by Seattlites who fume when they think of those used, unsuccessful lids sitting in landfills for an eternity.
And of course, there are the usual suspects — run more, read more, write WAY more, and wear better underwear.
Not in order of importance.
Happy new year everyone.