Who doesn’t like a spot of British programming for the wee ones? I can certainly get behind it, which is why I was all for Peppa Big being shown on what has now become a continuous loop in our house.
I like Peppa. And if I’m going to have to go mental listening to kids’ TV, it might as well be good, British kids’ TV. But I cannot abide by the continual mistreatment of Daddy Pig.
Believe me, I myself am not above fat-shaming. I’m also not above fat-shaming certain members of my own household. But that poor Daddy Pig is so misbegotten and downtrodden that even I find myself wishing I could offer him a desert isle and a dozen donuts.
Most episodes (and Wikipedia agrees!) involve Daddy pretending to be some sort of expert in a subject about which he knows absolutely nothing and becoming quickly humiliated and then shoved aside by Mummy Pig. That’s fine. That’s standard fair for TV today (Modern Family, anyone?). I especially do not mind it because it is a complete and utter reversal of what happens Chez Nous. I’ll just leave it at that, but I will add that M is incredibly patient for a man who woke up and found himself married to a complete moron.
But time and again, Daddy pig is standing on things and watching them buckle under his girth, or squeezing into things while his entire piggy family waits on the other side for him to get through.
I googled this and found that there is even a DADDY GETS FIT video.
Really? Because last time I checked, Mummy was a pig, too. And Peppa and George could both do with a week-long juice fast.
If you are going to fat-shame, at least be consistent. 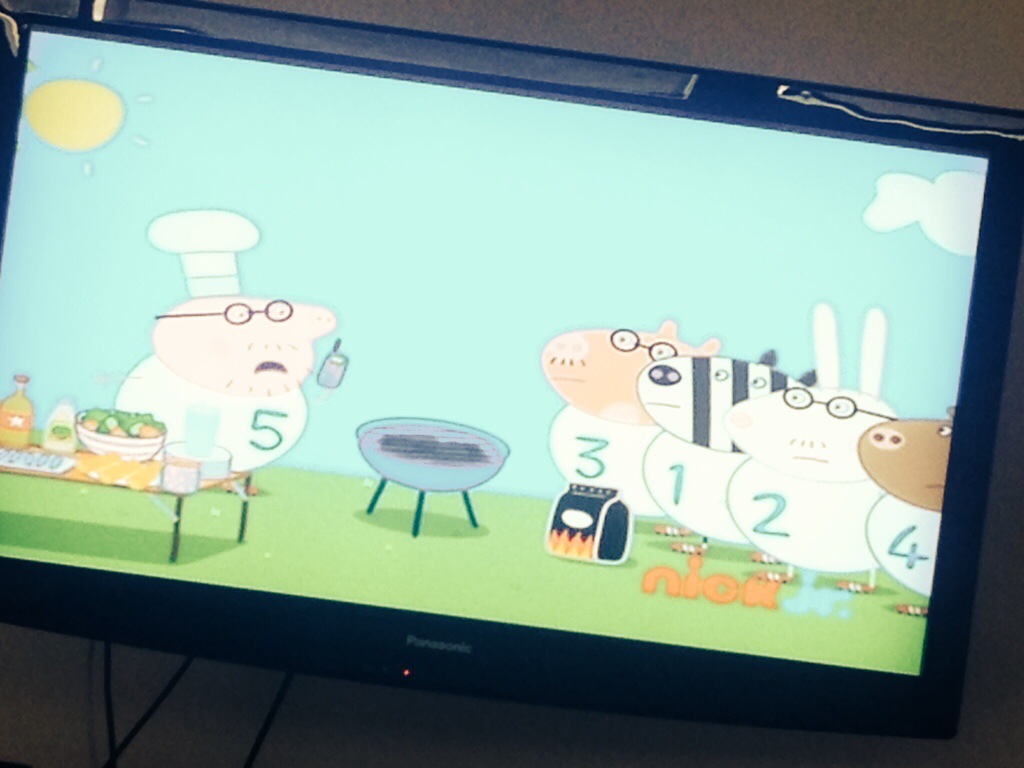 Daddy Pig and some of his fat friends. 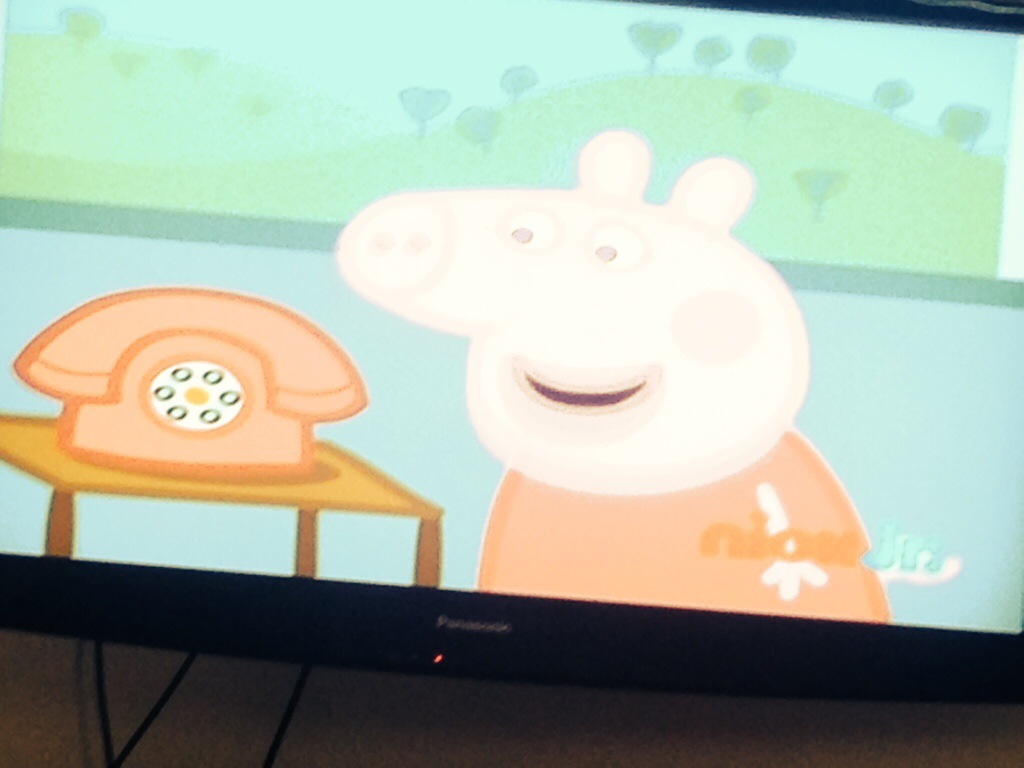 Peppa, whose cheekbones I have never seen. 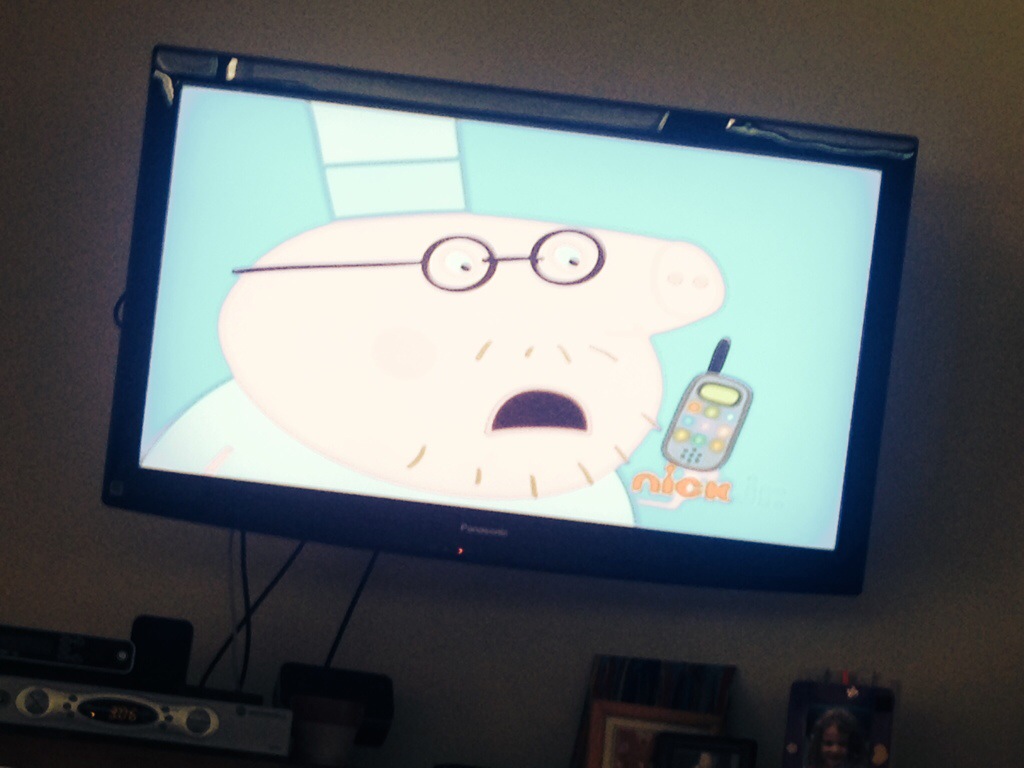