The other day I received a sample of body wash in the mail. It was, specifically, Caress Passionate Spell body wash, and on the back it promised as follows: Want to be enchanting without a spoken word?
Of course I tried it. Who wouldn’t? 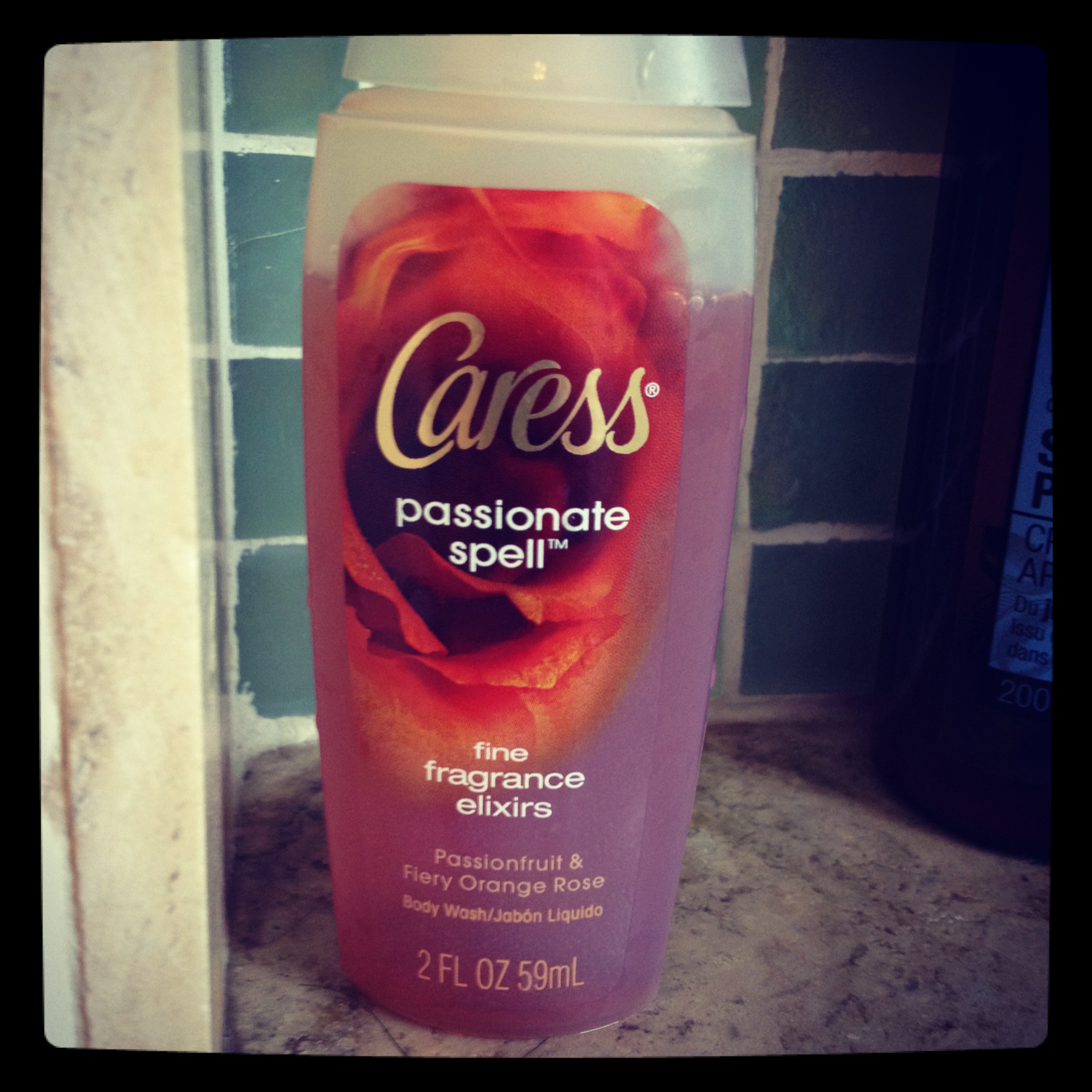 It did not work immediately. I did not feel at all enchanting the following morning when Fiona woke me up at five: “Um, Mummy. Hi, it’s me. I’ve peed up to my neck.”
Nor did I feel enchanting when an hour later, woozy from lack of sleep, I broke this glass: 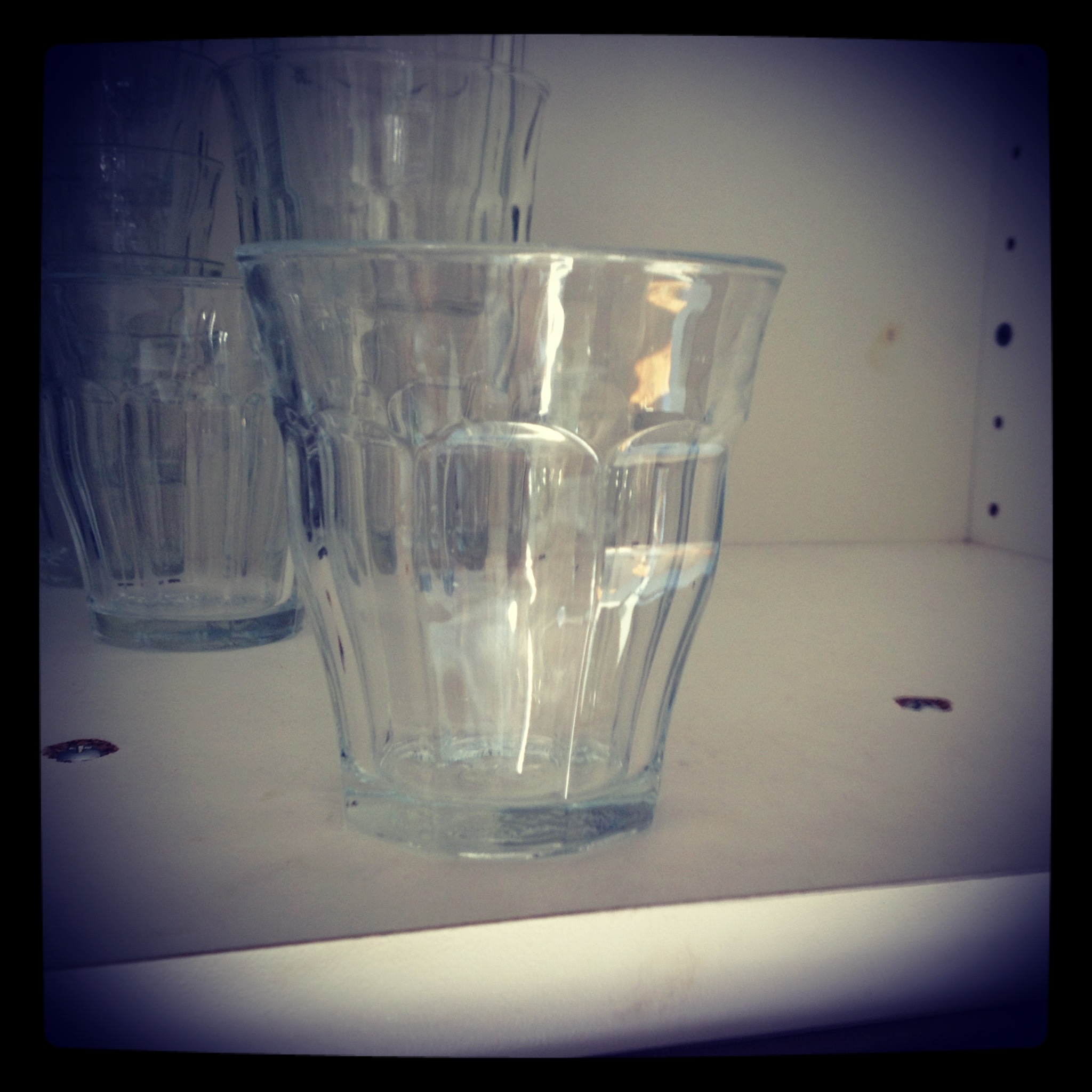 I don’t know if any of you have these glasses. I do love them because they are small enough for little hands, of which we have many. But when they break, which things are wont to do around here, they break into a gazillion pieces and fly to far flung corners of the house. We found pieces of this glass a shelf above from where it broke, and on the counter on the other side of the kitchen. We’re still finding pieces.
I most certainly did not feel enchanting when I hit a parenting low note that night and finally, after eight years of trying to wrestle the two boys to sleep, finally broke down and said, in my most guilt-laden Jewish mother voice: One day I will be dead. And then you two boys can cry on each other’s shoulders about how awful you were at bedtime. Poor, sweet Efram did not take it well. Bennett was probably calculating how much he could get for my jewelry…
Earlier that day I printed out the family list of (Jewish) new years’ resolutions and placed them behind the candles we light for Rosh Hashana. The list included such gems as I promise to stop using my adorable buck teeth to bite my sisters and I will not steal cash from my mother’s wallet. All night I smelled something burning, but I kept checking on the candles and saw nothing.
The next morning I went downstairs and found that our resolutions had fallen onto a candle and burned. The entire paper had turned to ash. 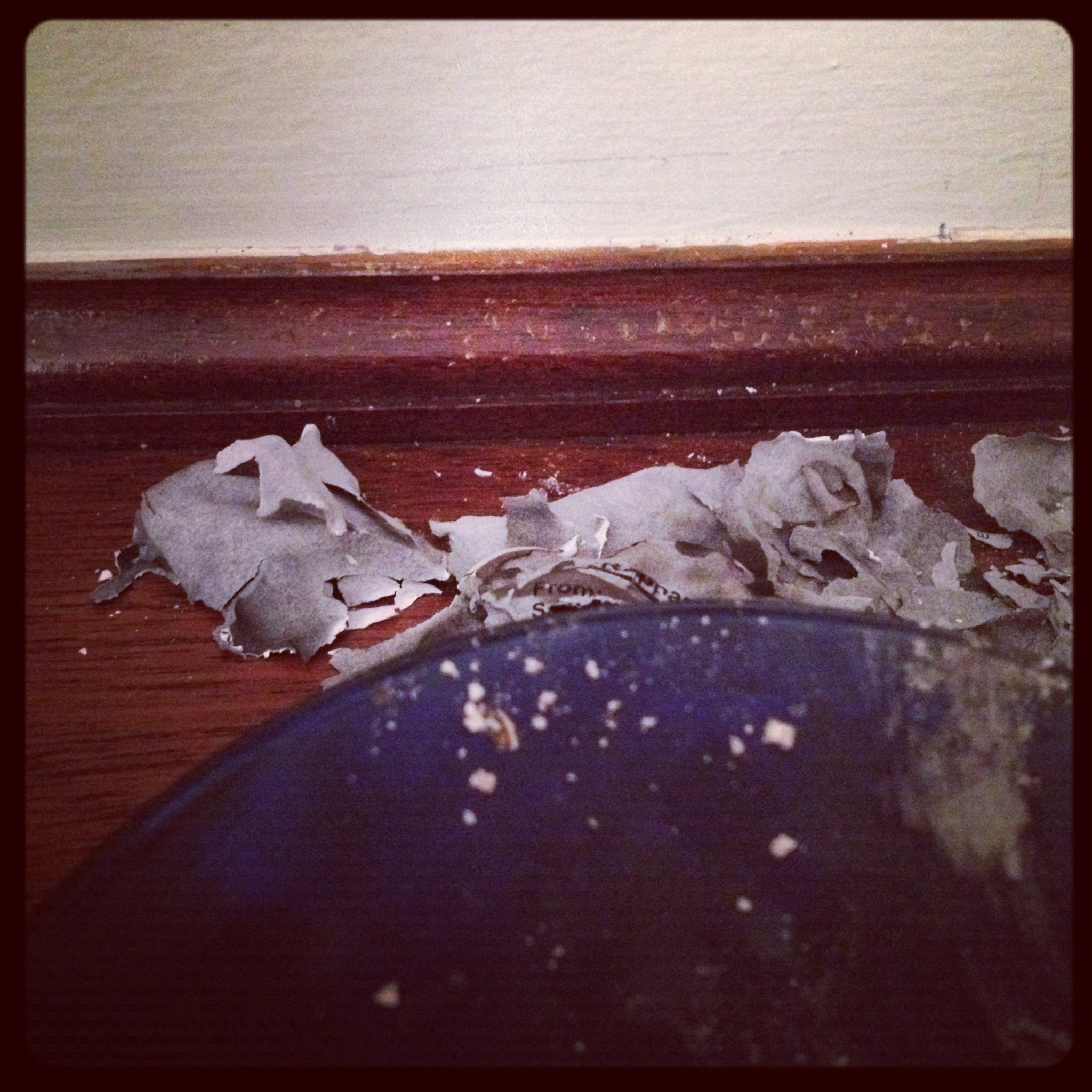 But only the paper burned. The wooden mantle did not catch fire and the entire house did not, strangely enough, burn down. M could not look at me for an hour and the boys were bubbling over that I had out-dumbed them.
I’ll tell you what though: I finally felt enchanted. Not only because we’d been spared a fire but because our resolutions, and the sins they implied, had been burned. And I am determined to rise from the ashes of that damn piece of paper and be a better parent this year than I was last.
At the very least, I will not make any more When I am dead comments.