At our Passover seder (meal), we were all tasked with bringing the one item that we would grab if like our ancestors, we were forced to leave our homes in a hurry. As many of you know, I don’t buy anything without asking,” Can I move with this?” — so the challenge for me was not a new one.
I tried to impress the gravity of the task on the kids, and even though Francie kind of got it and brought a book, the boys brought a Frank Gore (NFL) jersey and a basketball. Sometimes I wonder if they really are mine.  (If you were wondering, I didn’t need to bring anything. The only thing I would have brought are baby pictures, and they are saved to the cloud. Do you think that the cloud that the Hebrews followed in the desert had all their data stored on it?)
After a few delightful days in D’Enver with the inlaws, we drove to Keystone for few days of skiing. (D’Enver is my way of compensating for the fact that even though M is practically perfect in every way, he is not French and does not have a family home for me to visit en France. Tant pis.)
We needed a car to get to Keystone, but they ran out of minivans at the rental car place and instead, M was awarded this: 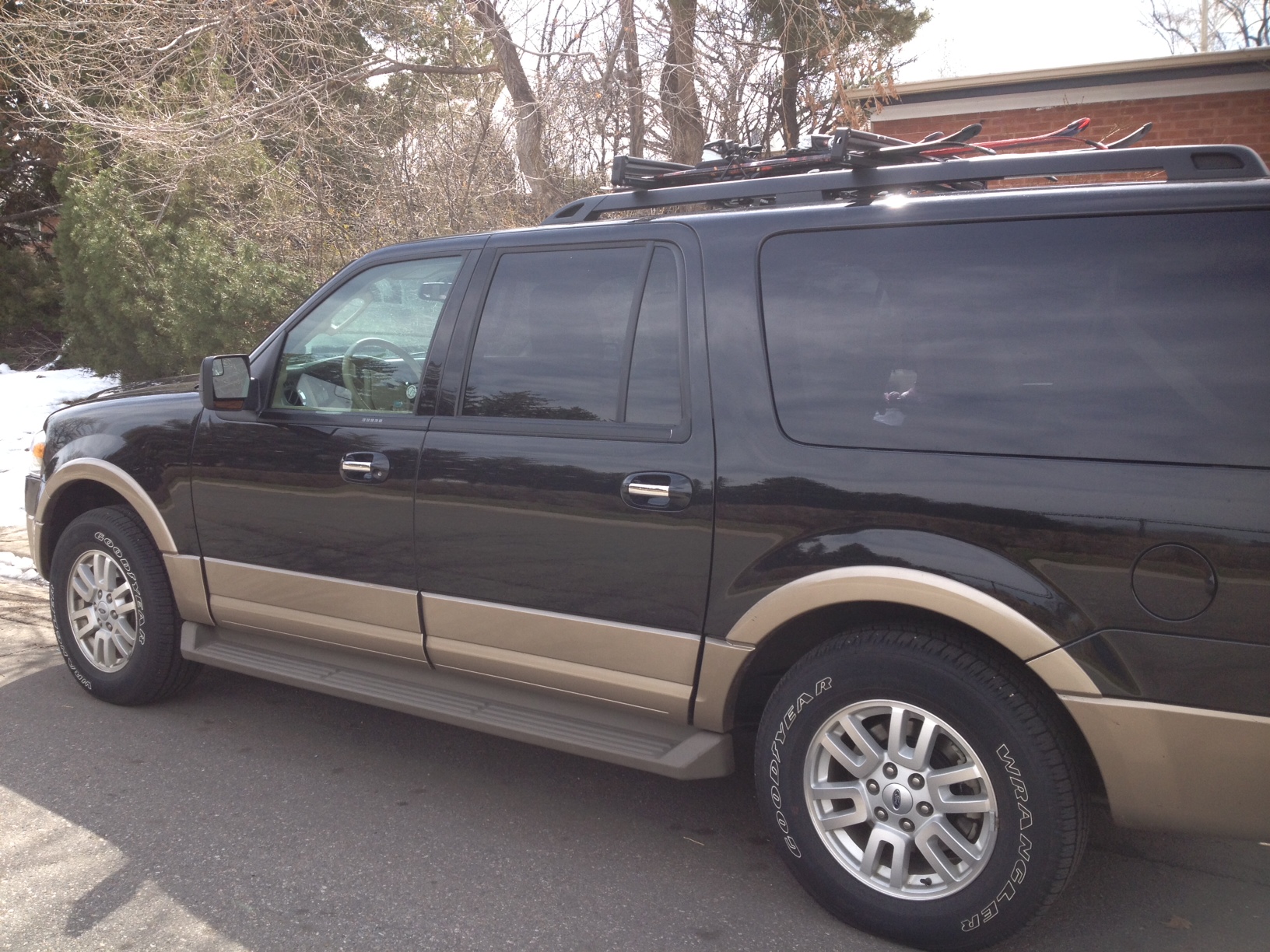 He said it feels like driving a couch. I shall not be finding out.
Although we did not escape in a hurry, nor were there angry Egyptians on our tails, we did have to pack to leave town. The Hebrews may only have had the clothes on their backs and some really shitty flat bread, but a few thousand years later and the inside of our chariot looked like this: 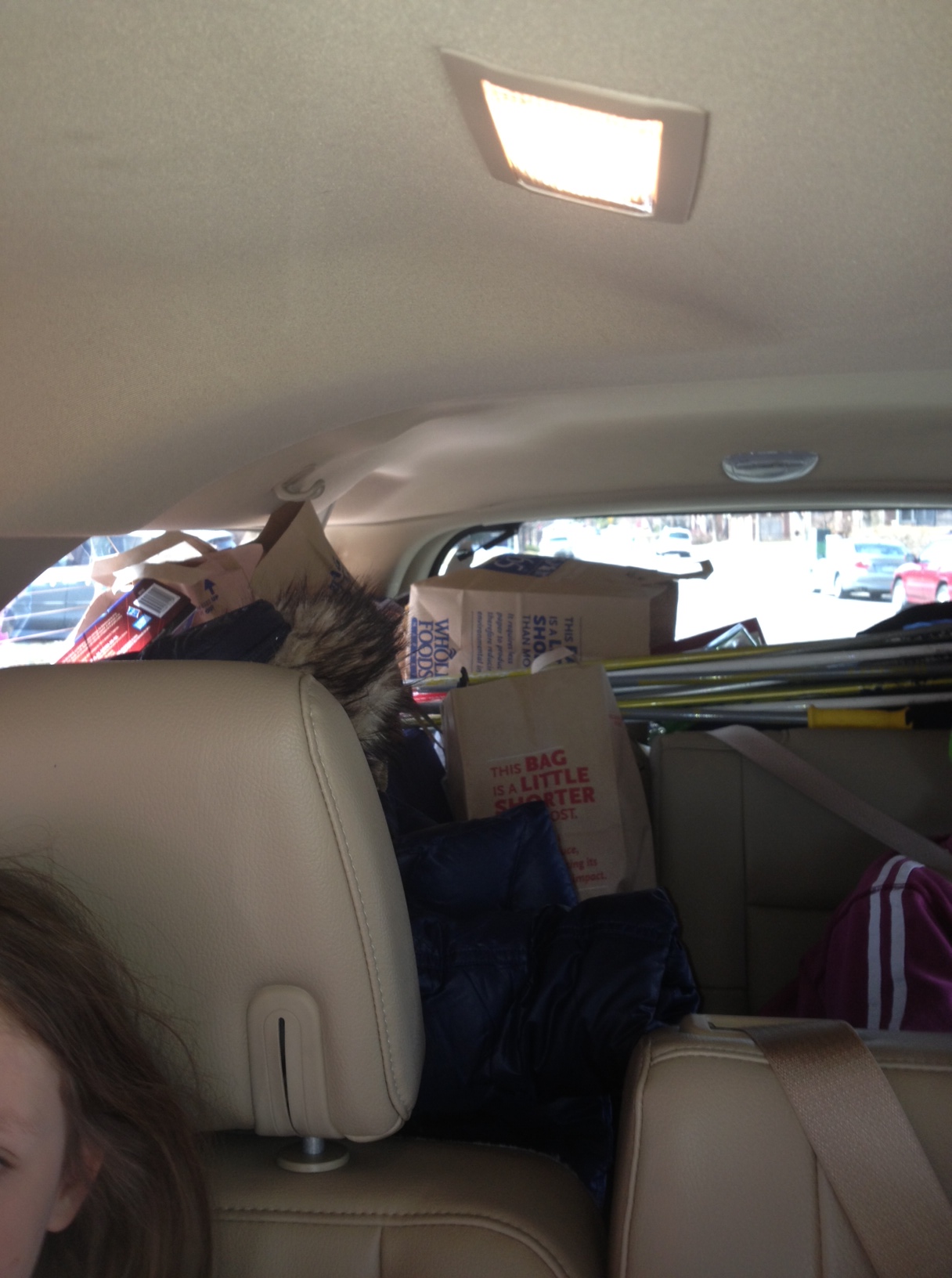 There are five kids hidden in there somewhere. Maybe even a sixth.
When I started to gripe about all the crap we were hauling, M noted that the Hebrews probably didn’t bring three pairs of boots and six novels for four days. (I didn’t think it the right time to tell him that I also brought a pair of sneakers and some ballet flats, just in case I wasn’t feeling the boot thing. A successful marriage is really all about the things you choose not to say.)
We are now at the condo we’ve rented up here. Sidney is on the porch, naked, playing in some snow with Halu and Yendis, the imaginary friends she brought from Seattle. I have no idea where the other children are. M is squealing with joy because, among a stack of the condo’s DVDs, he just found “Caddyshack.”
I am lying down reading book one of six, trying not to panic about tomorrow.
I have skied a handful of times, never particularly successfully, and the last time I did so, Bennett was one.
He turns eleven next week.