I saw Eminem at the Pink Elephant.

Today I spoke to a friend, who lives in a hip city, with two kids. She told me she was taking her kids to a jazz bar that catered to families with small children. They were going for brunch.
Brunch.
I haven’t used that word since 2002.
Wanna know what I did today? In anticipation of Passover, M and I drove our cars to the Pink Elephant car wash so that we could get some professional help removing the 3,000 tons of stale Cheerios, 600 revolting lollipop sticks and 1000 gallons of crusted yogurt that has lodged itself into the very fabric of our cars.
Once again, the glamor of my life overwhelms me at times.
Now that I’ve been in Seattle for (gulp) over six years, I don’t actively miss LA as much. Sure, I think of the beach and the light in Santa Monica in March, and my heart hurts. But, most of the time I shove it to the back of my brain. With brunch.
But whenever I have to get my car washed, then I really miss LA; and it’s a feeling so deep I can’t shove it anywhere.
In LA the car washes are architectural splendors of the 50’s and 60’s, or they’re just built to look that way… so you always expect to see Wally Cleaver or Mike Brady pull up next to you. And gee whiz Alice, they do a swell job washing your car. I swear the hand of God is involved in the car washes of LA.
In Seattle — not so much.
Case in point: The Pink Elephant. 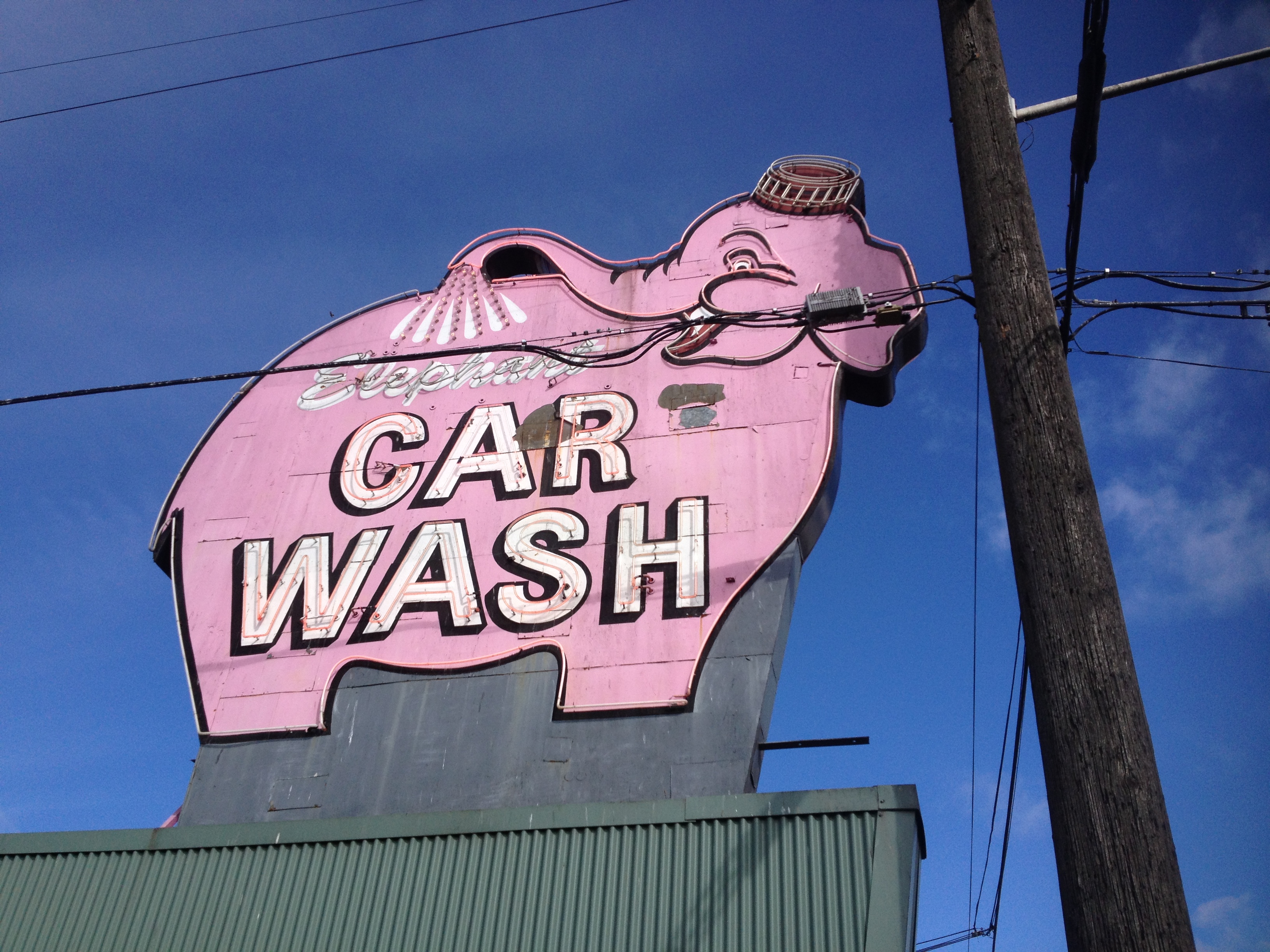 Don’t be deceived by the rosy pachyderm (or the blue sky; it was a one-off). There is very little smiling going on at the Pink Elephant. You drop off your car, some kid who looks like Eminem or the guy who was once married to Britney Spears takes your keys, sneers at you for a few minutes, and then spends thirty seconds removing absolutely no dirt from your car. When he gives you the keys back and you explain to him that he still has work to do, he turns into a pink elephant and uses his trunk to spray tremendous attitude all over you and your car. At some point you just grab the vacuum and do it yourself while he sneers at you. That’s customer service, Seattle style.
While we were there, doing most of the work ourselves, I took the liberty of looking at other people’s cars. This is the car of a woman BEFORE she has had it cleaned. 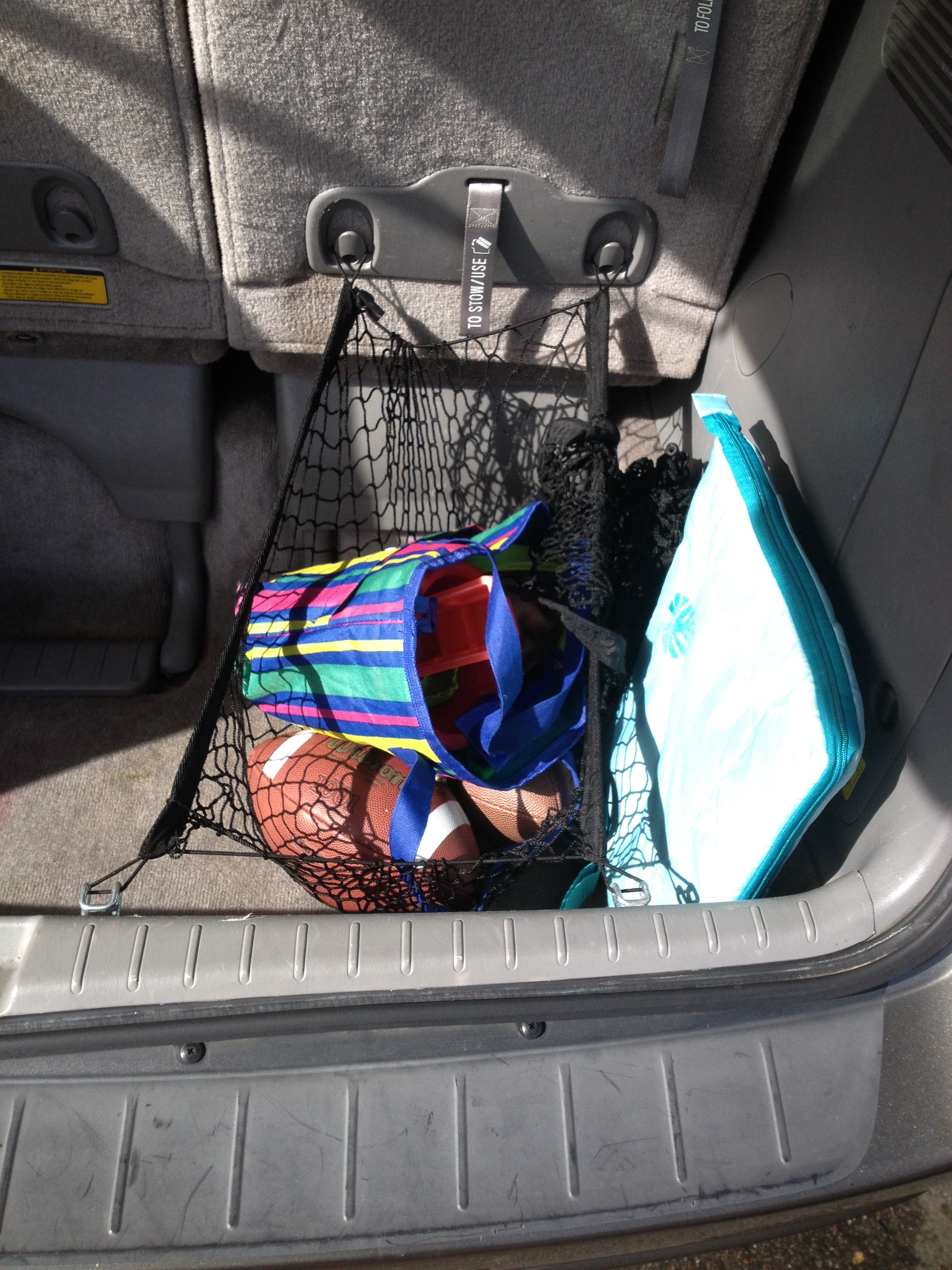 My brain doesn’t even know how to process this.
This is MY car, or more specifically, what it looks like in between the seats of my car: 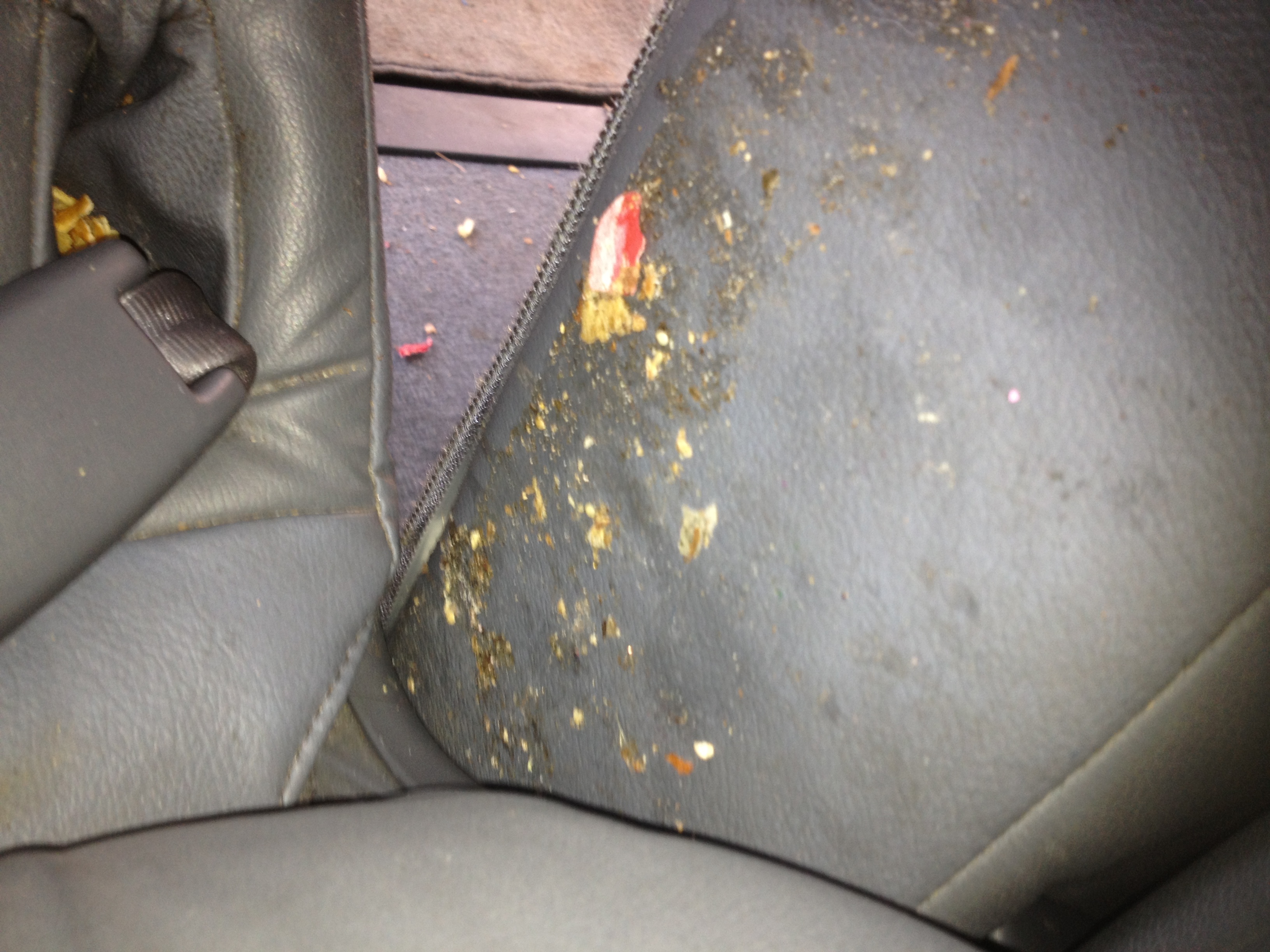 I believe there are several strains of penicillin growing right there, people. Again, my life = all glamor.
I could tell you about the one helpful person in Pink Elephant history, who actually spent hours of his life in a hazmat suit, getting my car in respectable condition (“toughest job I’ve had yet.”), but that wouldn’t be any fun at all. 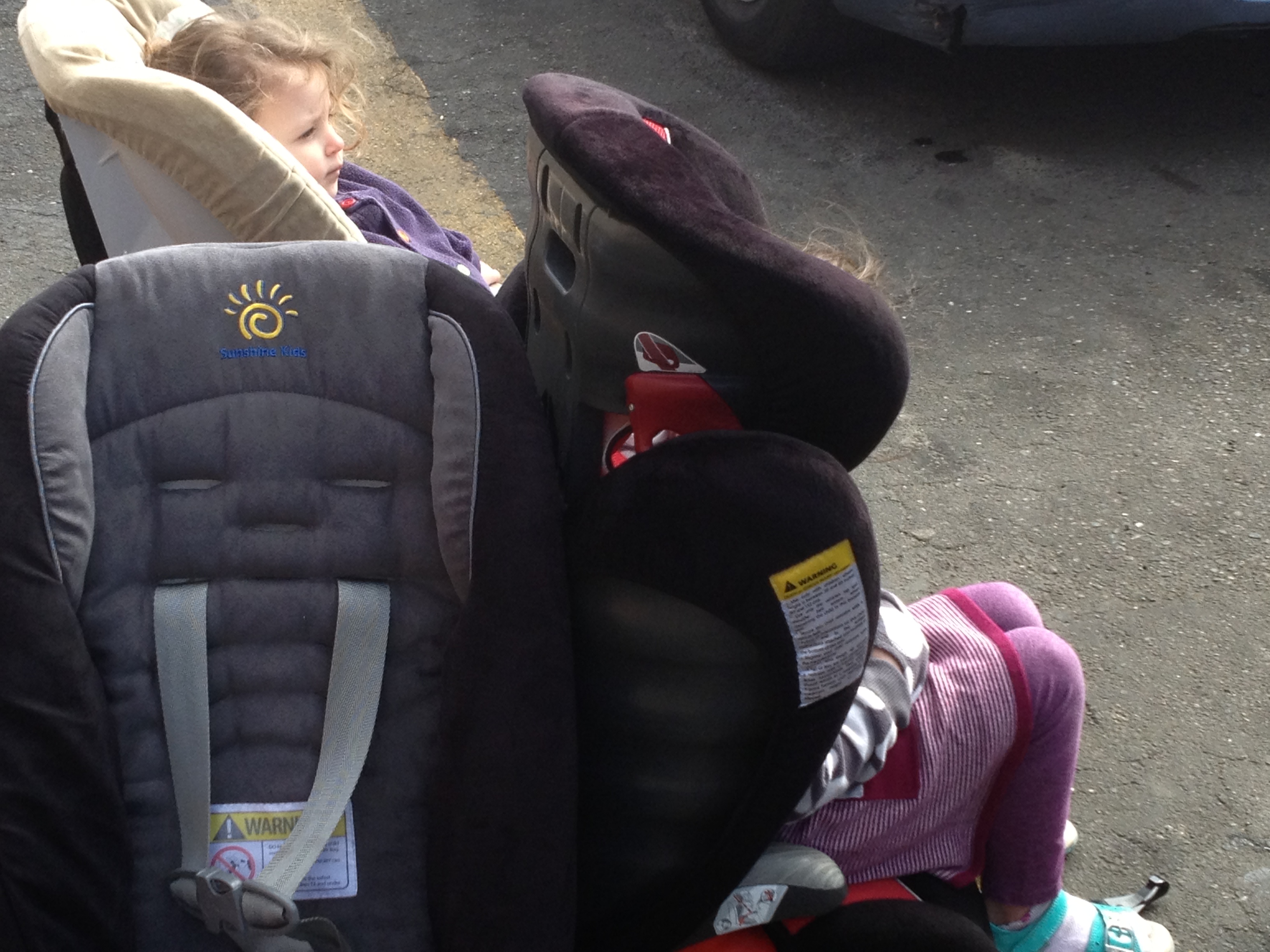 Instead, here’s a picture of two of the kids, sitting in our carseat farm, watching as mum and dad shvitzed like pigs trying to clean six months worth of snack food from the car. Who the hell knew those nasty little snack bags could do so much damage? If you must know, I think they were snacking while they watched us.
There’s nothing like live entertainment.