After a wonderful ten days in Colorado, we are home.
Skiing was a success, even if day one nearly left me for dead. Turns out that altitude sickness can be a really killer. There’s nothing worse that feeling like you have morning sickness… on the top of a very tall mountain. I may never really master that ski lift (honestly, that thing should come to a full stop and then gently tip you off, not force you to hurl yourself off it at a group of unsuspecting strangers), but I did ski some green slopes… even if Fiona (4) and her class were whizzing past me. The kids were quite supportive, and cheered me on whenever they saw me. It may have been a decade since I last skied, but eventually it all came back to me. By the end of the trip, I only wanted more days to ski. 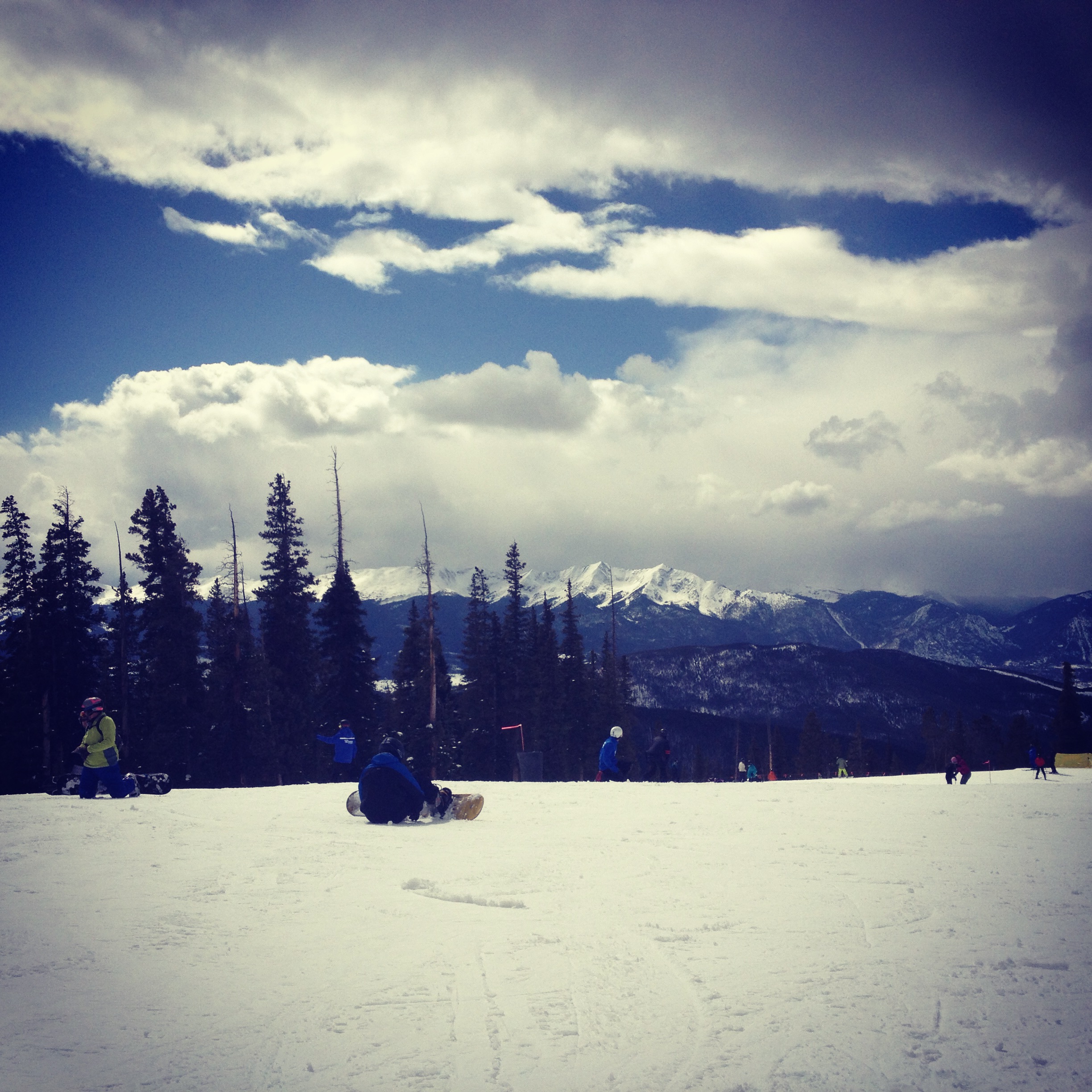 Next time, however, I am determined to look remarkably fashionable while I do so. This time I borrowed what was essentially a bumble bee costume from a good friend, and as luck would have it, it matched M’s outfit. We looked like Mr. and Mrs. Honeybee with a gaggle of little baby bees. M doesn’t like to hear this, but I am quite certain I’d ski a whole lot better if I looked like Diana Vreeland on the slopes.
D’Enver was quite delightful.  I could really get used to all that damn sunshine. My sister in law (who was a remarkable hostess and therefore deserves a big shout out here), told me that I’d probably get just as frustrated with Denver as I do with Seattle. I told her that if I have to be surrounded by earnest, fleecy people, I might as well be related to them, n’est pas?
We came home on Mr. Bennett’s 11th birthday. Hard to believe I’ve been parenting shoddily for 11 years  now. (In honor of this milestone, I am making two resolutions because I’ve broken all the ones I made in January: I will stop losing my keys thirty times a day and stop  having to call my cellphone to find it just as many times.)  Bennett has dropped the dog request, and moved on to a bunny, which I think I can handle. M is still threatening to move out, but honestly, I think he’s just looking for excuses..