Happy Birthday to Me… BRING ON THE EGGPLANT!

Oh my, how I love eggplant. I love it so much that for several years now I have wanted to throw myself an all eggplant birthday party – invite friends over for an entire meal of eggplant, from beginning to end, including dessert. I tossed the idea out to a group of my local pals and they were game.
In preparation, I think I purchased just about every eggplant in the Bronx. 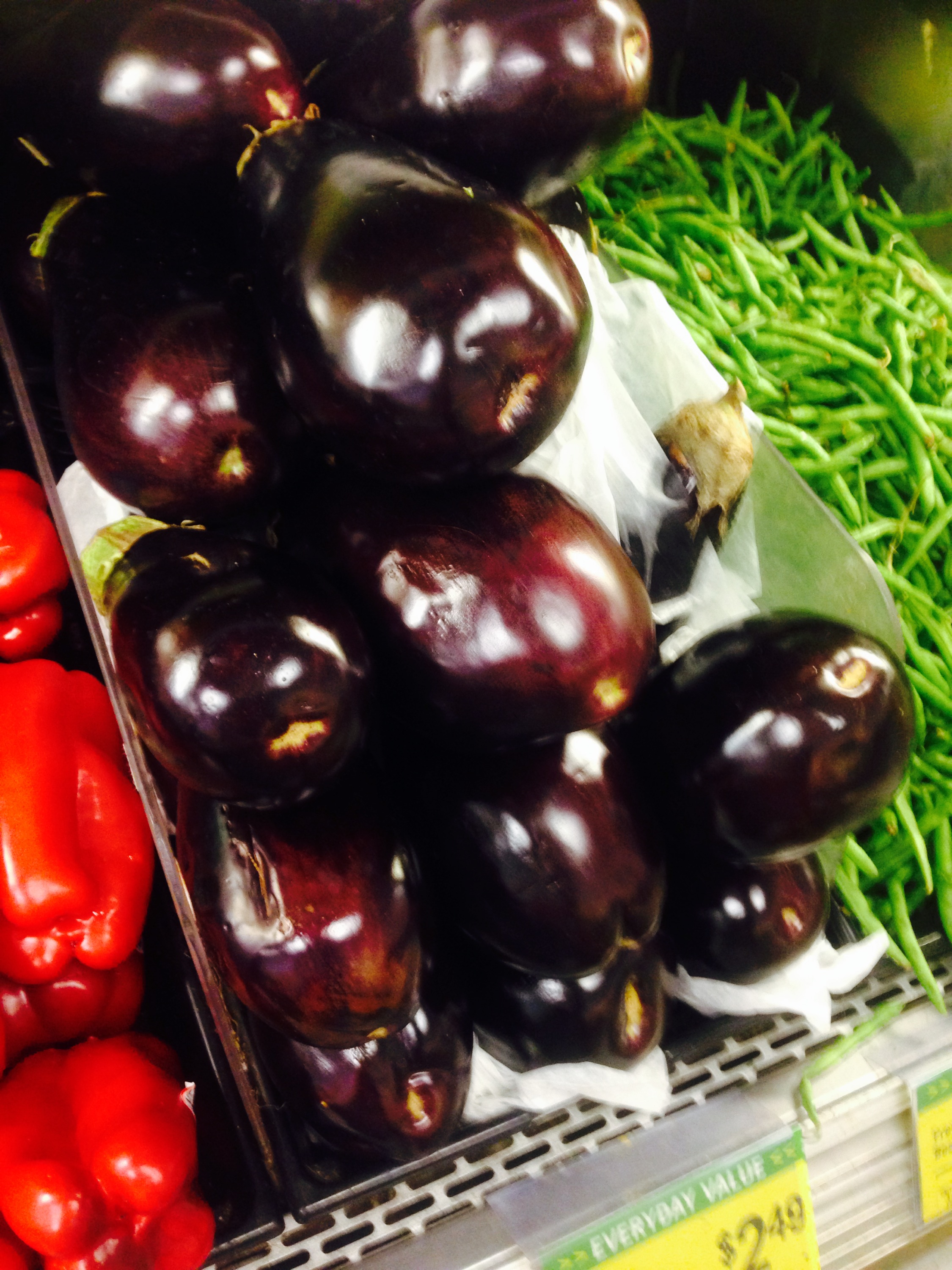 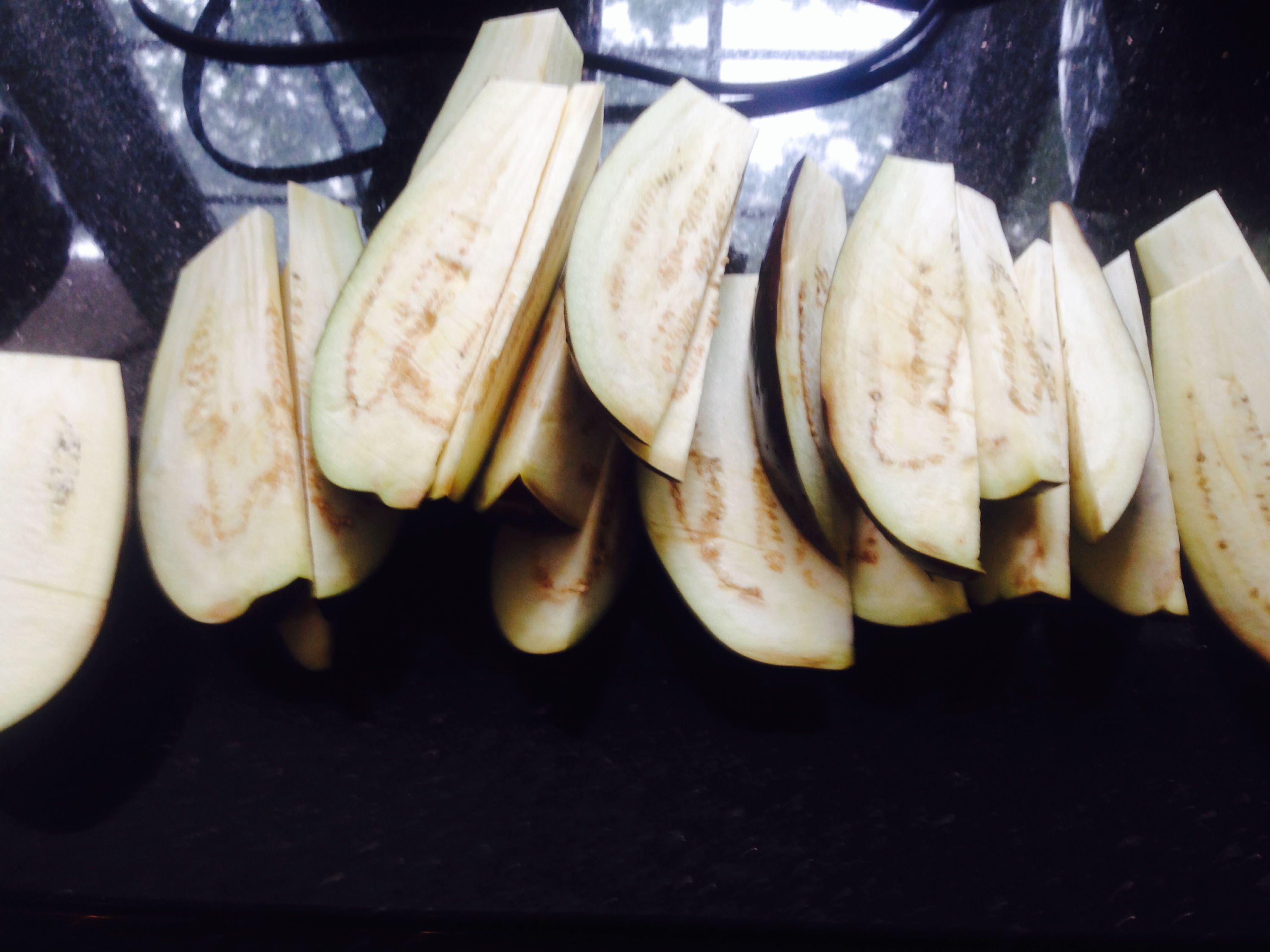 I then chopped many eggplants, and even chopped one on an eggplant cutting board- very meta.

There was eggplant soup (looked like vomit, tasted moderately better), babaganoush, an eggplant lasagna, a ridiculous eggplant and fig salad, several versions of the roasted eggplant made by yours truly, and then my friend H, who never met a challenge she couldn’t conquer, knocked all the eggplants out of the proverbial park with her desserts: chocolate eggplant cake, eggplant s’mores (yup), and this insane eggplant mousse: 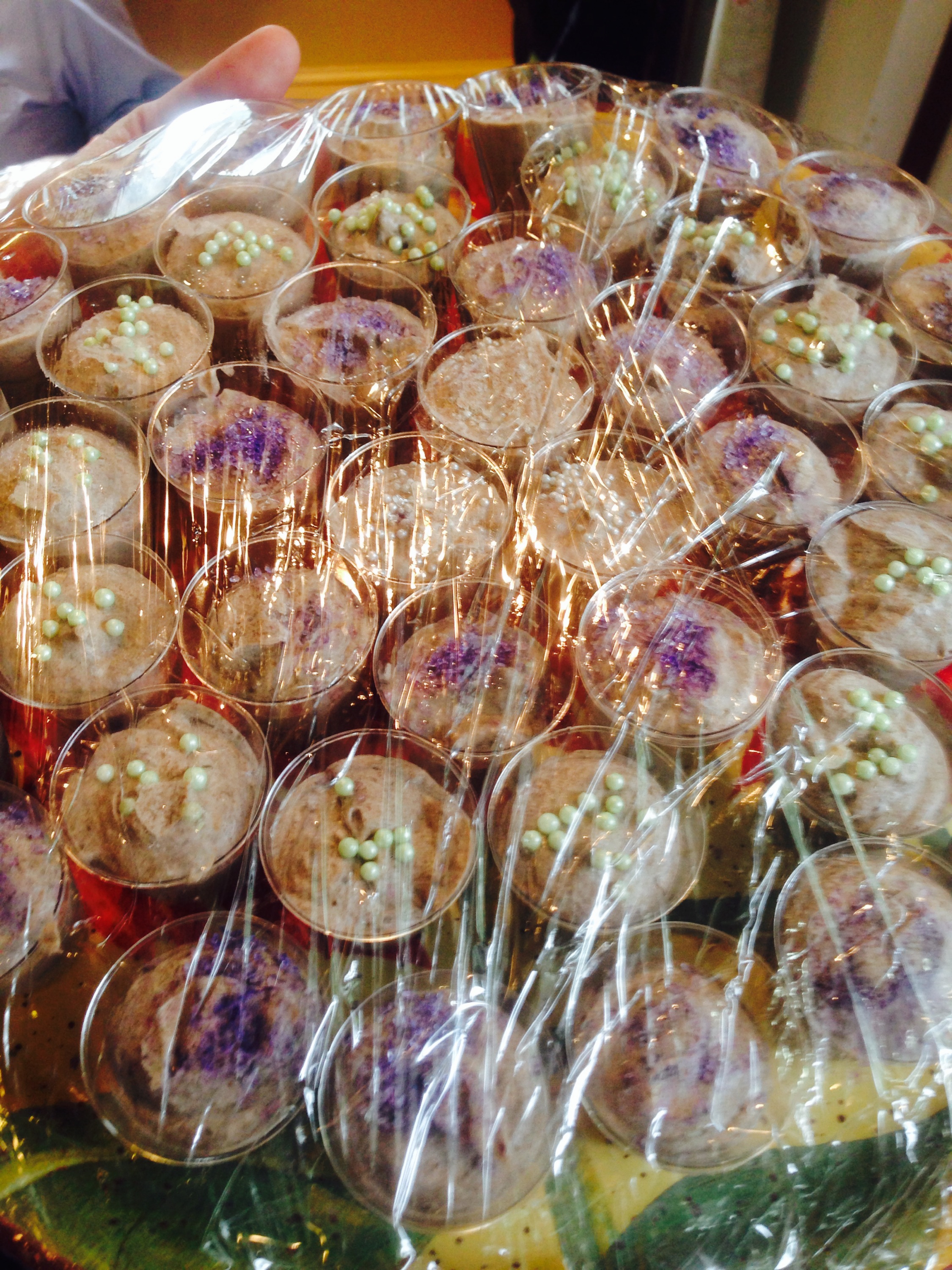 While it is very true that I would probably eat anything in a cute little cup (ditto for a jar), this was divine.
Some birthday goals are larger than others, and mine is still a day or two away, but I was more than happy to bring in another year surrounded by friends and lots and lots and lots of eggplant.