Grinding… and the Corners of My Mind.

“It looks like you’re grinding your teeth at night,” said my dentist.
“I assure you,” I said, knowingly. “I am not sleeping long enough or soundly enough to do any grinding of any sort.”
“Anything on your mind?” He asked, ignoring me. I thought about unpacking the corners of my mind right then and there in the dentist’s office, but I have an entirely different doctor for that, so I sat back in the chair and got fitted for a night-guard. 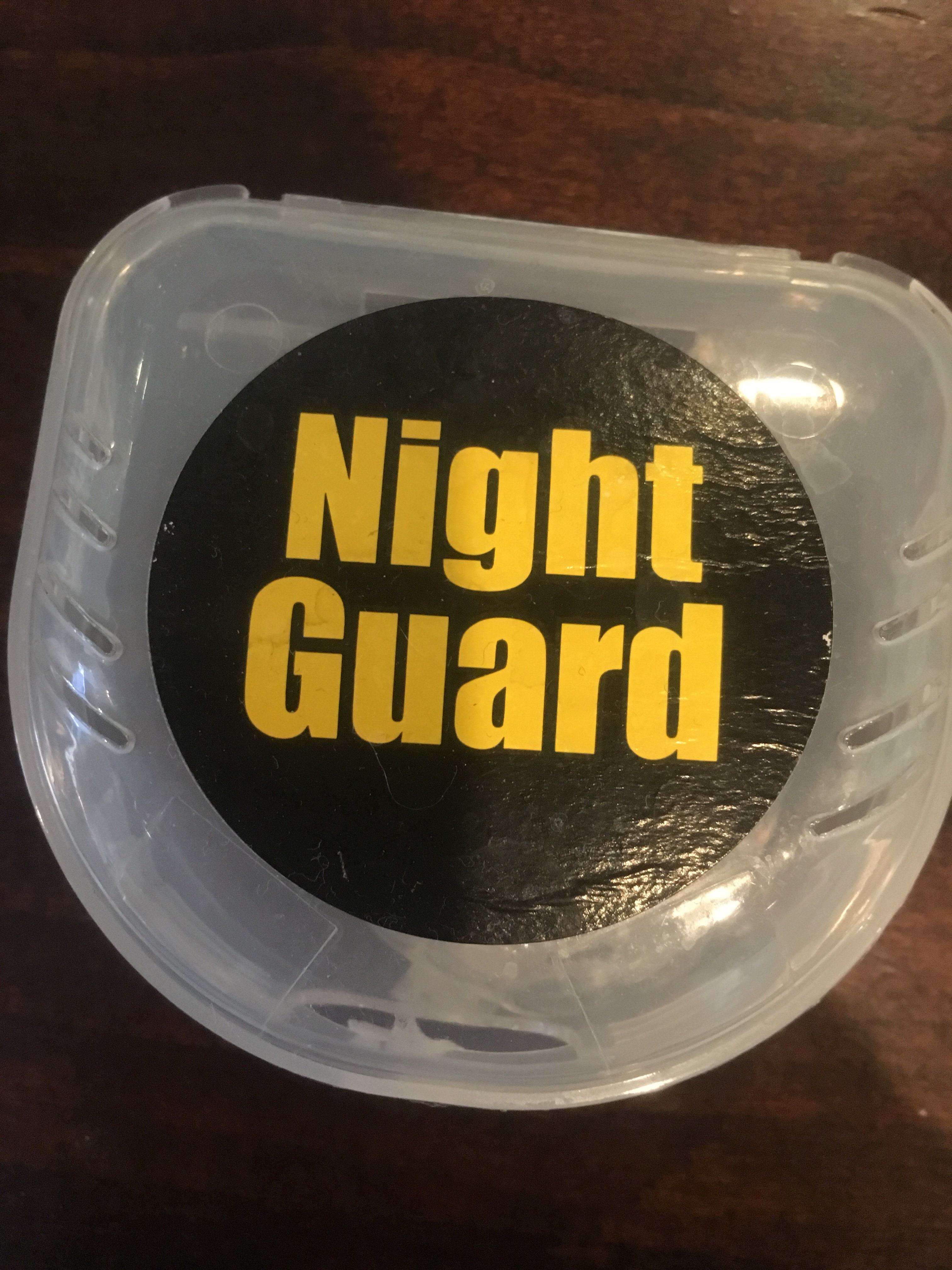 As if being a forty-something retainer wearer wasn’t enough, I am now a forty-something retainer and night-guard wearer. I apparently must look too damn hot when I’m going to bed, because the forces of the universe are working to make me look less and less appealing at bedtime. Bring it on, people. Bring it on.
I asked M if I’m grinding my teeth. “No, but I do,” he said. “That’s why I wear that extra thick retainer.” My first thought: This man and I are MADE FOR EACH OTHER. My second thought: How did I not know that? I cannot imagine how I didn’t pick up on his nighttime teeth activities, what with a seven year old and a cat between us in bed. I made a note to be more attentive. I made another note to move the seven year old. The cat stays.
While at the orthodontist with the seven year old (palate expander) and the thirteen year old (Braces, round two. Jealous?), I learned that the thirteen year old may not have brushed his lower gums in about two years. The orthodontist suggested he have his teeth cleaned every three months while in braces, rather than every six months, which is all our insurance covers.
I looked at the thirteen year old. “Listen buddy,” I said. “I don’t have time for this shit. You can either fork out for the extra cleanings, or you can start brushing your lower mouth.”
“Does this mean I also have to start brushing in the morning?” He asked. He and I have gone back and forth on whether or not morning brushing is actually a thing.
“Yes,” I said. “It does.” He just shrugged and smiled at the bewildered orthodontist, who I could feel judging me.
It’s no wonder I’m grinding.