I wouldn’t necessarily call it a resolution, but this year I told myself I’d take one picture a week – specifically, a picture which encapsulates the kind of week I’ve had. Last week I wanted to post a cute picture of the minivan as we returned from our road trip to the Great White North, but I didn’t know which picture to post. I had a few choices:
1. The pic of the new brakes I had to put on the minivan before we left. (Not myself, but by Bruce, my well-named and flawless mechanic.)
2. The pic of the fresh dent I put in the back of the van when pulling out my driveway as we were leaving.
3. The pic of the heating vents in the ceiling of the minivan dripping onto our heads as we drove through Quebec.
4. The pic of the tire pressure light which goes on each time the temp drops below 20 degrees. That light all but imploded as we dropped to -25 in Montreal.
In the end I couldn’t bear to post a pic of the minivan – I hardly want to encourage it. Instead, this week’s pic comes from M – in yet another attempt to subtly remind me to replace the toilet paper. 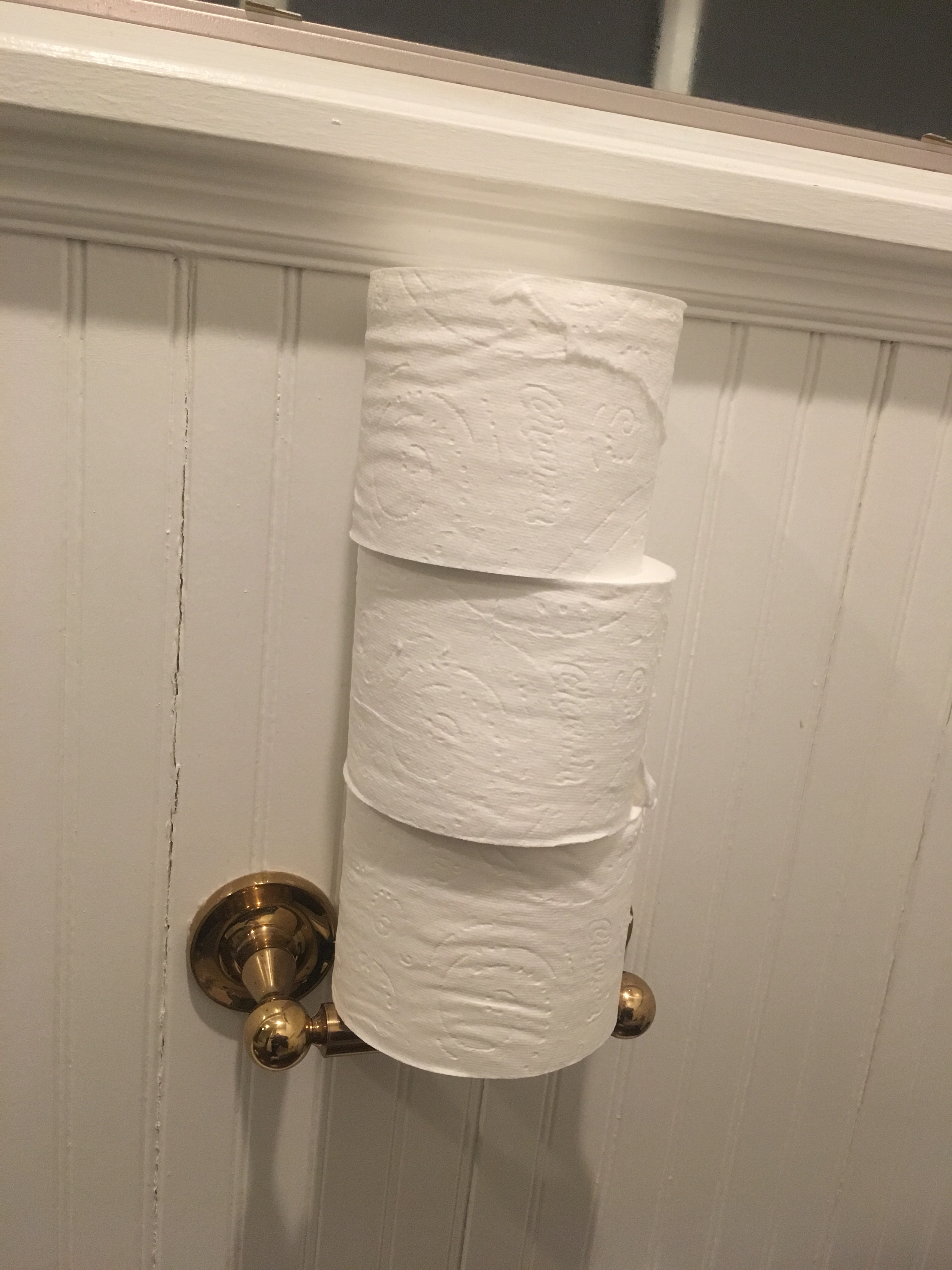 As I have already made clear, I do not believe in replacing the toilet paper. Other things in which I don’t believe: those crappy little snack-size ziploc bags and the half sheets of paper towel.
Consequently, we have all thawed out from our week in the Great White North; even the minivan. It is now 30 degrees in NY and it feels like Maui. Aloha!