I am watching my friend’s chickens this week, and I know full well that sentence can’t really be said in many places outside of Seattle. Usually Bennett is in charge of the chickens, but he’s away with his class until this afternoon, so Efram and I have been pitching in.
My main job is to get the chickens to go up into their hen-house for the night and then lock them up in there. In the morning I let them out into their run for the day. If they are well behaved, they can have some dried worms. If they are only moderately behaved, they have to do with popcorn. I can understand — popcorn really is nobody’s favorite food.
My first evening on the job I had a mild panic attack when I couldn’t remember exactly how many chickens she had. I only saw four and I could have sworn there were five. One of the chickens was sitting on some fertilized eggs that at some point will turn into more chickens, so she was sequestered in a little labor and delivery area, but that left only three critters:

I got down on my belly to have a look to see if the roosting chicken was alone in her little box. She seemed to be. And I seemed to be lying in what was most likely a pile of chicken shit, and had two chickens eggs in my coat pocket. I did a quick pelvic thrust to save the eggs and got back up on my feet. I called my friend who told me that one of the birds had passed recently and was now in the large chicken coop in the sky, so yes, there were only four. I quickly rounded them up and took them to bed.
Relieved, I took the eggs home and had this for dinner: 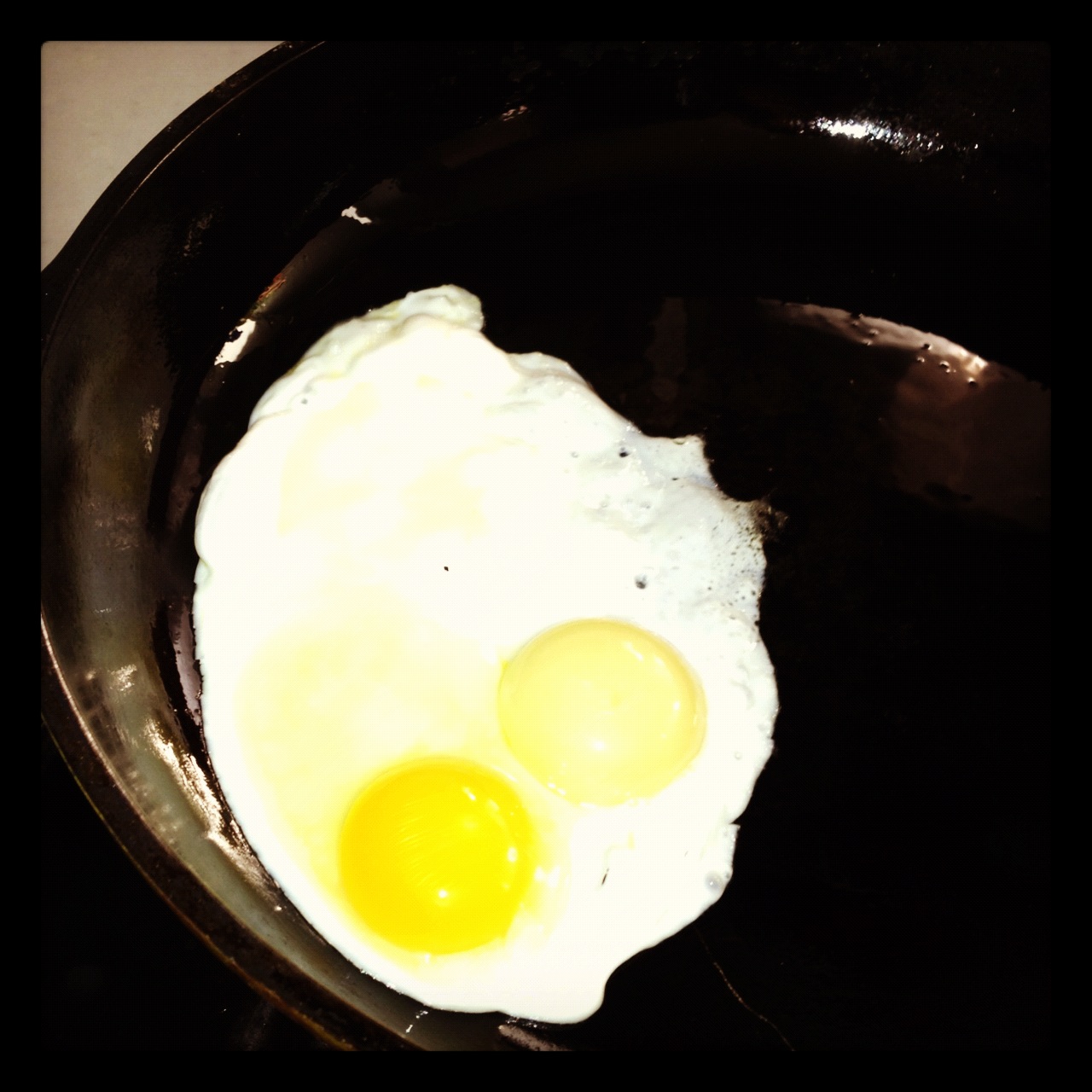 On the second night the chickens seemed less obedient, as if they could sense that I breed insubordinate children. I tapped the stairs to their coop and asked them to march up and they looked at me as if to say, “Piss off, lady. We’ve got much better things to do than listen to you.” I shouted, as I like to do, but they only wandered further. I tried bribing them with dried worms (really, who can’t be bribed with dried worms?) but they quickly pecked them out of my hand and scurried away. I did some clapping and banging of things, but to no avail. At some point I enlisted Efram, and I chased those damn birds up and down the chicken run, realizing that I was running so frantically that I looked part chicken myself. Eventually I chased them in, but not before I gave them all a stern warning about subordination. I got the “piss off” look again so I gave up.
Needless to say, they did not lay me any eggs this morning.
I was trying to explain to the kids the difference between eggs that we can eat, and eggs that turn into chicks. When Fiona pipes up:
“Wanna know what else I know?”
Do tell.
“If you ever wanna go somewhere, God just eats you up, and then poops you out somewhere else. I learned that.”
Really?
Before I could get anywhere with his theory of hers, she and Sidney had moved on to a detailed discussion of God’s anatomy. Truth be told, I’m not entirely sure how they get those eggs fertilized to turn into little birds (I know a rooster-for-hire was involved, but not much else), but I’m almost 100% sure that God does not have a penis.