I am in a foul mood because I have spent the better part of the day in the kitchen. I don’t mind cooking. But I don’t understand why I have to feed my children while I’m doing it. I set a few hours aside and got thoroughly organized, wiped down the counters, rolled up my sleeves, and actually relished the chance to storm through the morning. Yes, I was brimming with productivity.
And then someone wandered in. “I’m hungry. What’s there to eat?”
And then another. “I need milk. Fresh milk.”
And then yet another. “How come she gets to eat?”
And they just kept coming. Like a chain of red ants. And the food they insisted on eating comingled with the food I was cooking for tonight, and before I knew it my kitchen looks like it always does — the operating theater from M*A*S*H*.
Eventually it got done. M even did his part of the cooking, which made me pine for the days when we could actually cook at the same time and converse.
And then he got busy with bee traps. It’s bee season here in Seattle and the traps need to go out. This year we are using a new kind of trap which, for some reason require a mix of fruit juice, water and raw meat.
“Got any raw meat?” he asks.
“Why yes, as a matter of fact I do.” I had just cleaned 300 chicken thighs and all the gummy fatty drippings were in the compost bin. (Do not say another word: This is Seattle, I have no choice.)  M then gave me a look which I instantly knew meant that he couldn’t bear to dunk his lily white fingers into a bin of rotting food so I did the honors. 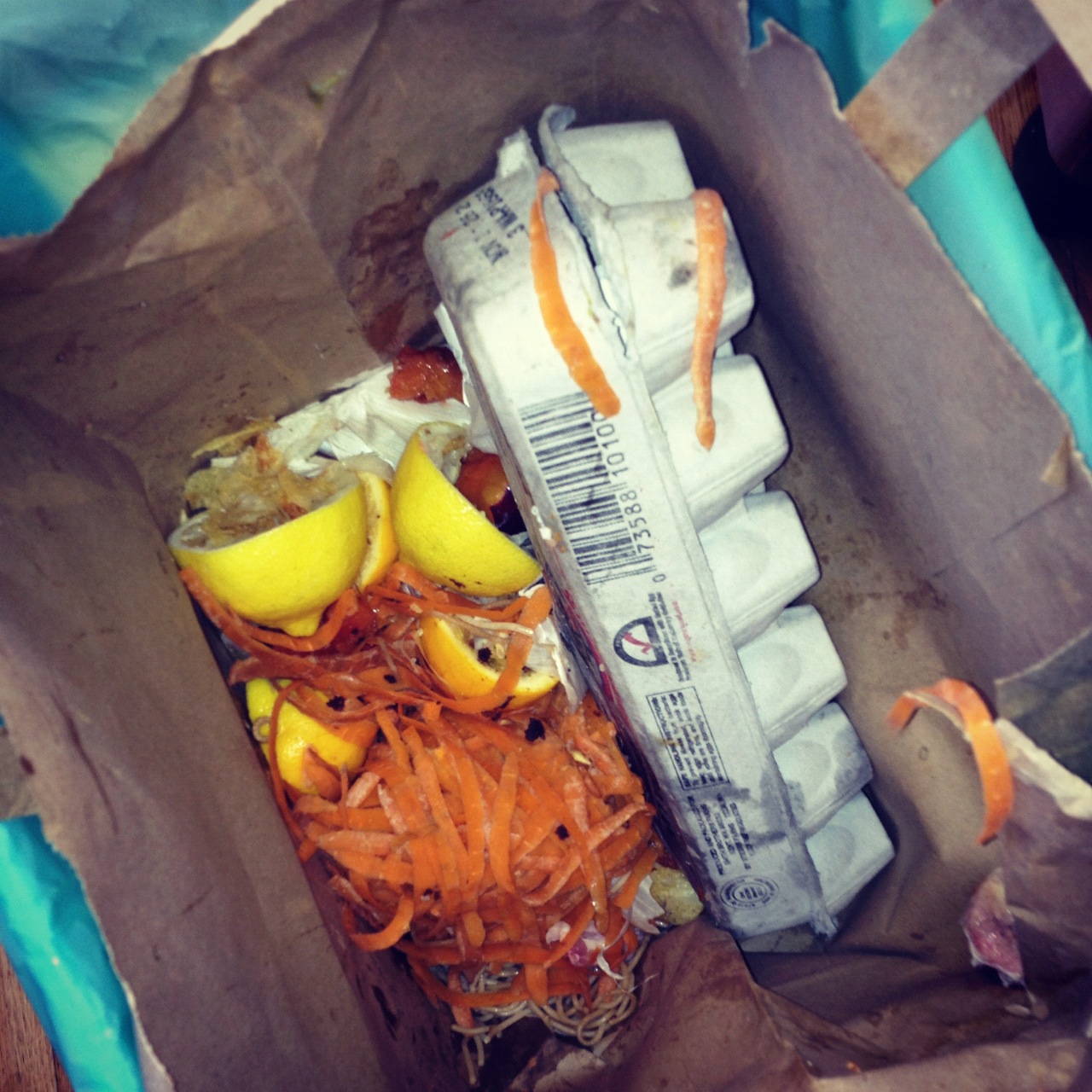 I gave him the meat, he filled the traps, and put them on the counter.

Minutes later I went to move the traps to another counter and because M never met a fill-line he heeded, they were too full and dripped all over the kitchen floor. I waded through the sticky, meaty juice and was soon joined by a bevvy of bees who couldn’t get enough of the stuff. Now our entire kitchen was a massive bee trap. Because I believe that if nobody can hear you swear it does not count, I spat out some choice words and got down on all fours and cleaned up the meaty goo, all while dodging some rather excited bees.
I have temporarily left the kitchen so that I may compose myself. But really I’m just waiting for the bees to leave. And if they don’t, I suppose I’ll let them keep me company while I cook. They’re better than a line of life-size, demanding, fresh-milk-drinking red ants.