I don’t know which I found more disgusting.
This: 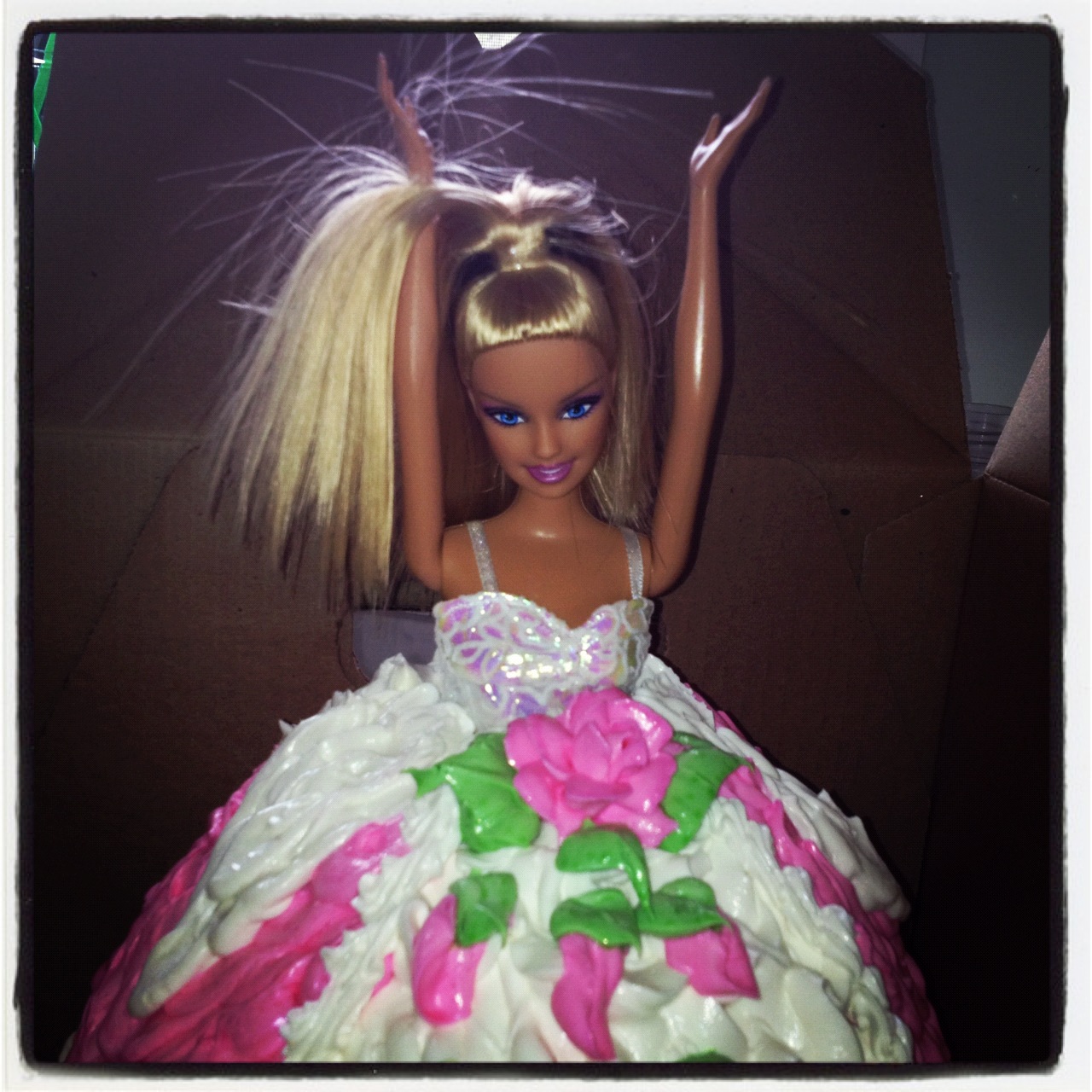 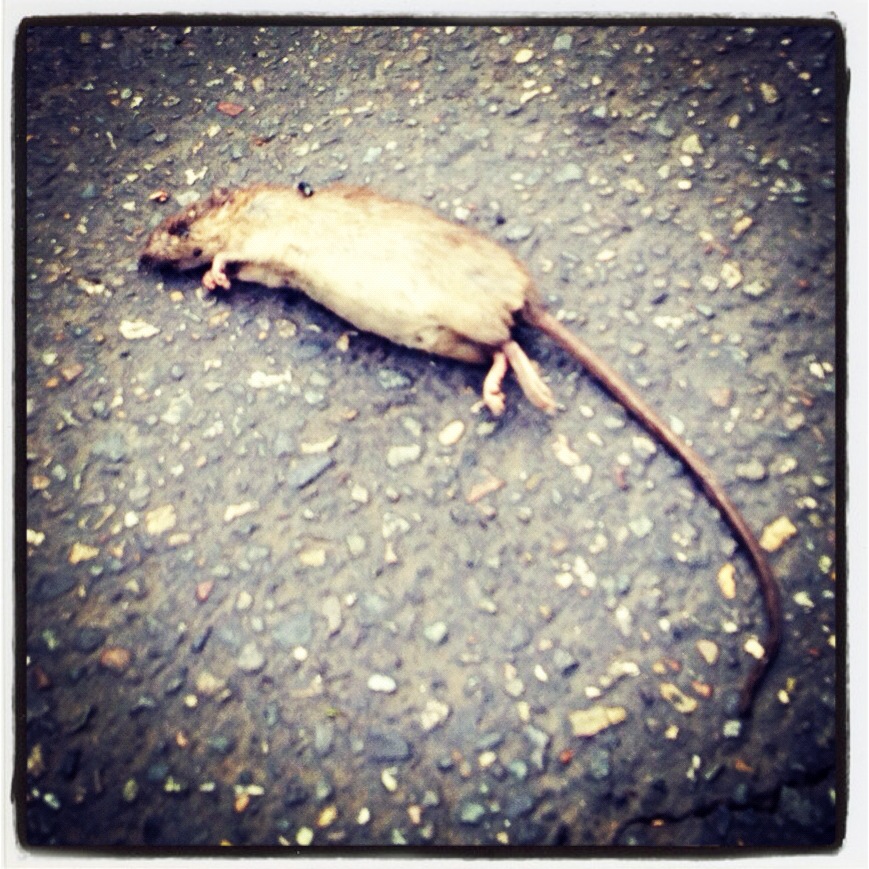 The former was Francie’s birthday cake, which you will note was NOT made by me. I have a (toddler-sized) handful of talents and neither baking nor cake-decorating are included. (My version of cleaning out those nasty pastry bags is just to throw them out.)  I momentarily contemplated building this myself, if only because Nigella (Domestic Goddess, page 210) makes it seem so easy. But M reminded me of other birthday cake disasters that he and other people have had to resuscitate. (Including the Elmo cake for Efram’s second that everyone agreed looked like Satan…)
He then told me that given my weekend jaunt to the east coast and the boys’ seemingly daily six-hour swim meets, that not only did I not have time to make the cake, but more importantly, that I didn’t have time to botch the first one and have to start again. (This is when he launches into a list of projects that required the use of my hands which he himself had to save me from, most notable: knitting. He had to teach himself to knit online and save me from my very first scarf fiasco.)
So I outsourced the baking. What you see  before you is a Barbie (one of the ironed-hair skanky variety, not the doctor Barbie who is a brunette and wears a bun and glasses. I suppose beggars really cannot be choosers.) As if that weren’t bad enough, she seems to have been shoved into a mound of margarine-based frosting. Because that itself is not enough of an indignity, the poor girl has some frosting on her boobs. (I’m betting my retirement savings (as if!) that someone is going to ask if he can lick it off.)  And look at the poor lass’s hands — way above her head, in full stripper-hopping-out-of-cake pose. I suppose I might as well have gotten my dear, eldest daughter a Katy Perry cake. I can read all the Frances Hodgson Burnett I like to her; one bite of this devil’s cake and she’s lost to me forever. There is absolutely nothing about this that makes me happy.
The latter photo was the rat who had been tormenting us for about four days. He hadn’t come in the house, but he’d shown up in the garden and the driveway and last night he ate dinner under the table on our deck. Nibbled on our leftovers. Apparently grilled salmon is very big with rats. (The rat and the Barbie doll managed to intersect when Efram asked Francie’s friends, who were busy devouring Barbie’s dress, if he could show them the rat in the trash. That was actually better than what he had been previously doing: taking pictures of her friends and then making them fat and bald with some revolting iPhone app he found.)
M bought a couple of traps. Last night we found the little bugger in the driveway, in his final repose. I don’t know what killed him — the salmon, the rat poison, the wheel of the guitar teacher’s car, or spending copious amounts of time with five poorly-behaved children.
You know which one gets my vote.