Now, I don’t take Sidney to the park much. She’s number five, which means she’s pretty lucky I found the time to name her. And it’s sodden and soggy here for so many months that the park is quite often a sad, muddy option. But once in a while I am overtaken by a pang of parental guilt, and if it doesn’t pass quickly, I DO go. But whenever I see this thing I shudder.
What is this pathetic piece of playground torture?
No child who wants to use it has arms long enough to reach the handles. The seat functions as some sort of medieval sterilization device. And like all things kids really want, there’s only one of them. 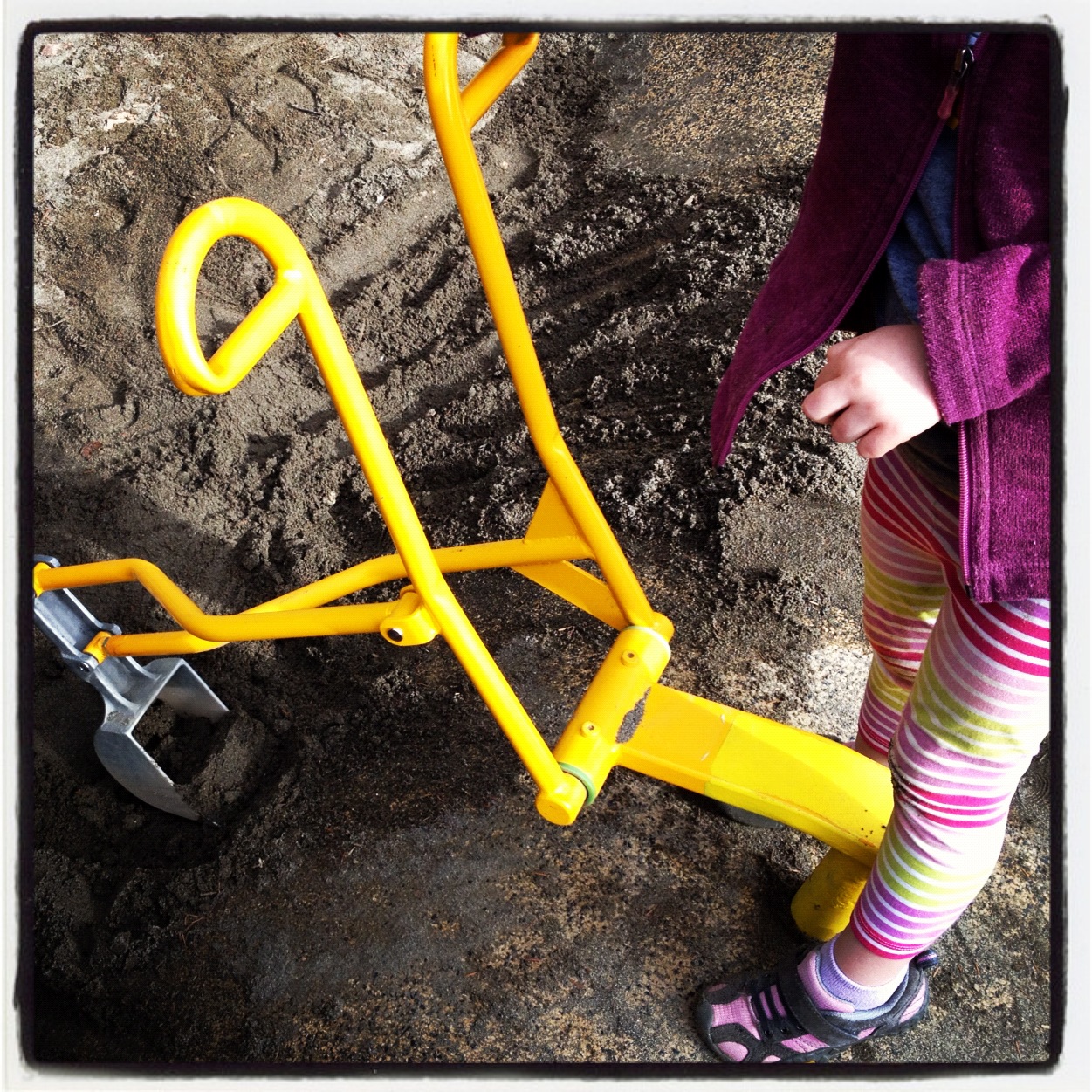 I spent a good 15 minutes trying to teach her how to use it with her perched on my lap, then another trying to get myself off the damn thing. Eventually I gave it a good kick and moved on to the sand box, which after 8 straight hours of rain looked something like the Pits of Tartarus.
Oh, park gods of the Pacific NW, I’d much rather have those cervical cap playthings than any more of these.
Please?